Cruise business has been brisk this year at Danny Genung’s travel agency, but it’s been supercharged since cruise lines started easing testing and vaccine requirements in the past couple of weeks, says an article published in The Washington Post.

“We’ve seen a huge spike in bookings, like a massive spike in bookings,” the Harr Travel CEO said. “And a lot of them are people that we worked with before the pandemic. … They always wanted to book, but they knew they couldn’t because they were unvaccinated.”

Vaccine rules were key to the U.S. cruise comeback in summer 2021, under strict rules handed down by the Centers for Disease Control and Prevention. Unvaccinated travelers needed a hard-to-get exemption to sail, if they were allowed at all, and everyone but young children was required to show proof of a negative test.

The CDC dropped its cruise covid-19 reporting program last month, prompting cruise lines to announce they would loosen testing requirements for vaccinated passengers and — in most cases — allow large numbers of guests who have not been vaccinated, as long as they showed proof of a negative tests. Lines had dropped mask mandates months earlier. Vaccine rules still apply in destinations that require them, and some operators are dropping their rules more gradually than others.

But still, experts agree: Cruising is getting closer to normal than it has been since the industry shut down in March 2020. One of the earliest coronavirus outbreaks was on a Princess Cruises ship in Japan in February 2020; as ships tried to return to port after the shutdown, many destinations turned them away. Some passengers who contracted the coronavirus died on board.

Cruise lines say the new relaxed rules will let them reach the segment of cruisers that were still off-limits as they rebuild their business.

Late last month, Royal Caribbean Group CEO Jason Liberty told The Washington Post in an interview that 70 to 80 percent of the company’s customer base was vaccinated. For comparison, 67.3 percent of the U.S. population is fully vaccinated, according to the CDC; 77.2 percent of those 18 and older have gotten a full course of the vaccine.

Liberty said even some of those vaccinated travelers might have avoided cruising because they wanted to vacation with family and had members who would not or could not get the vaccine. Many of the cruise credits that the company issued earlier in the pandemic are held by travelers who were waiting for rules to change before they sailed, he said.

Frank Del Rio, CEO of Norwegian Cruise Line Holdings, said in an earnings call last week that the company’s announcement about new protocols the day before “was an instant catalyst, resulting in one of our top three best booking days of the year.”

When Carnival Cruise Line announced on Friday that unvaccinated travelers would no longer need to apply for exemptions on most sailings, the company said it wanted to make it easier for more travelers to get on board.

“Our ships have been sailing very full all summer, but there is still room for more of our loyal guests,” Carnival President Christine Duffy said in a statement. “And these guidelines will make it a simpler process, and make cruising accessible for those who were not able to meet the protocols we were required to follow for much of the past 14 months.”

On Tuesday, the company said booking activity on Monday — after the new rules were announced — was almost double the activity on the equivalent day in 2019.

“Mid-August is typically not a busy month for cruise bookings, but it’s clear that pent-up demand for Carnival has not been satisfied and guests are responding very favorably to our updated protocols,” Duffy said in a statement.

The CDC still recommends that every cruise traveler who is eligible be “up to date” with their coronavirus vaccines, and test before and after the trip.

“In addition to the protection COVID-19 vaccines provides to individual travelers in preventing severe illness or death from COVID-19, having a high proportion of travelers on board who are up to date with COVID-19 vaccines reduces the likelihood that cruise ships’ medical centers are overwhelmed by cases of COVID-19,” CDC spokeswoman Kristen Nordlund said in an email.

She said the agency had made the determination that cruise travelers and companies have the information and tools they need to let passengers make decisions about how to cruise safely. The CDC made its cruise rules voluntary at the beginning of the year and dropped warnings for cruise travel in March.

“While cruising poses some risk of COVID-19 transmission, travelers can make their own risk assessment when choosing to cruise, much like they do in other travel settings, based on factors such as their health and vaccination status, and personal risk tolerance,” Nordlund said.

Andrew Coggins, a clinical professor of management at Pace University who studies the cruise industry, said it would be wise for cruise lines to keep their level of vaccinated travelers high. But he said it would have been difficult for cruise lines to insist on the rules while the CDC loosens its requirements on social distancing and quarantine for people who have been exposed to the virus.

“It would be very difficult for them to justify that,” he said.

Hopefully, he said, serious outbreaks won’t follow the new protocols. In December, the CDC warned that all travelers — even those who were vaccinated — should avoid cruise travel during the omicron surge. Ships reported nearly 15,000 cases between Dec. 30 and Jan. 12, the agency said.

As is often the case when it comes to coronavirus, opinions on social media are diverse and heated. Responses to Facebook announcements by Royal Caribbean International and Carnival Cruise Line representatives ranged from celebration to disgust.

“Finally! We are making some progress and moving forward! We need to start living in reality and stop discriminating against unvaxxed,” one Facebook user wrote to Royal Caribbean International CEO Michael Bayley. Another said: “Terrible idea, terrible timing.”

To Carnival brand ambassador John Heald, one woman wrote that she had been finding other ways to vacation. “Finally! Freedom to cruise and not have the jab,” she said.

One user said she was “kinda scared” by the changes, noting that her next cruise was less than a month away.

“I will be more careful and mask more,” she wrote. “Very unhappy with opening up to more unvaccinated.”

On Cruise Critic, a news and review site, members are “generally in favor of relaxing protocols,” senior editor Aaron Saunders said in an email. But they aren’t eager to see every precaution go away.

Happy to return to normalcy

“A recent survey Cruise Critic conducted showed that most readers are in favor of keeping at least some protocols in place, specifically around testing and quarantine requirements,” he said. “We think cruise lines are adopting a similar stance — rather than ripping the Band-Aid off all at once, lines are tweaking protocols in a more stepped-down fashion, with longer sailings of 16 nights [or] more still subject to full vaccination and testing regimens.”

Genung, the travel agency CEO, said the expectation is that high levels of cruise passengers will still be vaccinated even without the requirement.

“Quite frankly, the feedback that we’ve gotten across the board from most of our guests is they’re happy to see cruising return to normalcy,” he said. “That’s the word that we keep hearing over and over again.” 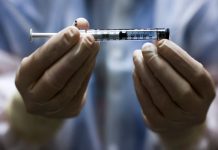