At about 0604, the pilot arrived on Thorco Crystal’s navigation bridge (bridge) for the pilotage into the port of Weipa. The intended passage took the ship north of Cora Bank before swinging to port and berthing starboard side to at Humbug Point Wharf. The weather was fine with clear skies and the wind from the south-east at 4 to 6 knots.

At about 0622, the tugs Arafura Sea Delta and Sea Hotel, assigned to Thorco Crystal, departed their moorings and began to make their way to the eastern end of South Channel to meet the ship.

On board Thorco Crystal, the pilot established contact with the tugs, confirmed where they would meet and was advised that Sea Hotel would be the forward tug and Arafura Sea Delta, the aft tug. At about 0634, after exchanging information with the master and making the required radio calls to the vessel traffic service, the pilot took over the conduct of the ship. He discussed the intended use of the tugs with the ship’s master including the fact that they were conventional tugs and where he intended to have them make fast. At this point, he was informed by the ship’s master that while there were bitts on deck aft, there were none in front of the accommodation. The ship’s master and pilot also discussed the required ship’s speed for making fast the tugs with the pilot advising that a speed of 4 to 5 knots would be appropriate.

At about 0723, the pilot informed the tug masters that once clear of the channel, the ship’s speed would be reduced to about 5 knots. The tugs were then to make fast on the ship’s port side while ensuring no weight was placed on the tow lines. The pilot’s instructions were acknowledged and he was advised that the tugs would be making fast to the ship using a single fixed tow line of 30 m length from the tugs’ bows. Sea Hotel’s master also advised the pilot that given the tugs’ design, with no forward winch and a fixed tow line, there would be a time delay when changing between pushing and pulling modes. He also stated that the tugs might have difficulty holding station in the outgoing ebb tide. The pilot acknowledged these concerns and requested that the tugs inform him should they encounter any difficulty and to ensure they did not put any weight on the tow lines which could hamper the pilot’s efforts to control the ship’s movement. The pilot then informed the tugs that the forward tug would make fast to the port bow while the aft tug would have to make fast ‘underneath the accommodation’.

At about 0731, the pilot cleared the tugs to come alongside and make fast to the ship. The order was acknowledged and both tugs started to close on Thorco Crystal. Arafura Sea Delta’s master manoeuvred to about 50 m off the ship’s port side and adjusted speed to about 4.5 knots to match Thorco Crystal.

A few seconds later, Arafura Sea Delta’s master felt the tug take a sudden sheer to starboard towards Thorco Crystal. The tug master used the two main engines, rudders and bow thruster in an attempt to manoeuvre away but was unable to do so.

At about 0735, Arafura Sea Delta’s starboard bow contacted Thorco Crystal’shull in the way of its port quarter. The impact of the tug’s contact was felt by those on Thorco Crystal’s bridge. The officer-in-charge of the aft mooring party reported the contact to the bridge and that there was an indent in the ship’s hull.

At about 0736, Sea Hotel’s master reported that the forward tug was made fast. Arafura Sea Delta’s master then asked the pilot if he could drop further astern on the tow line and follow the ship to the berth. The pilot, concerned about the effect the tug could have on the ship’s speed and steering if it were to drop astern, indicated that the tug should remain where it was. The tug master acknowledged the pilot’s instruction while reiterating that the tug’s bitts were making direct contact with the ship’s hull.

The pilot also tested the ship’s rudder and confirmed with Arafura Sea Delta that the tug had not made contact with it.

At about 0818, the pilot began swinging the ship using the tugs and the ship’s bow thruster. The ship was then manoeuvred stern first towards Humbug Point Wharf using the main engine, bow thruster and assisted by the tugs. During the manoeuvre, the tugs reported experiencing difficulty holding station and staying perpendicular to the ship’s side in the outgoing ebb tidal stream.

At about 0833, the Master ordered the first line sent ashore and by about 0906, Thorco Crystal was all fast, starboard side alongside, at Humbug Point Wharf and the tugs were dismissed.

Arafura Sea Delta’s master inspected the damage to the tug and found that the top of the steel frame for the fender on the tug’s bow was offset slightly and the starboard bitts had some paint damage.

Thorco Crystal, when inspected, was found to have a breach about 80 mm long in the hull and several indentations in the vicinity of the breach. Temporary repairs were performed on board and the ship sailed for its next port without any delays.

Whether or not the ATSB identifies safety issues in the course of an investigation, relevant organisations may proactively initiate safety action in order to reduce their safety risk. The ATSB has been advised of the following proactive safety action in response to this occurrence.

As a result of this occurrence, Bhagwan Marine has advised the ATSB that they have taken the following safety action:

The operator reviewed its operational work instructions manual for harbour tug operations and amended it to include a section on hydrodynamic interaction. The manual also addresses interaction as an identified hazard with associated safeguards, control measures and amended procedures. These include improved communications with pilots, safe zones when making fast to ships and safe speed limits based on factors such as tidal flow, engine power and location of tow line attachment.

Arafura Sea Delta’s on board job hazard analysis (for harbour towage operations) has been reviewed and amended. The amendments include the identification of interaction as a hazard with corresponding control measures such as a safe speed for connection and consideration of the suitability of the connection point on the ship.

A pre-planning meeting is now held between the pilot and the master of the lead tug prior to ship movements. The company has advised that this meeting allows both parties to exchange information about the ships, positioning of the tugs and weather forecasts, among other things.

Tugs now adjust the configuration of their fendering based on the outcome of the pre-planning meeting between the pilots and tug masters.

Masters of ships and tugs, pilots and others involved in handling vessels in confined waters or in proximity to other vessels are reminded of the hazards posed by hydrodynamic interaction (interaction). An awareness of the pressure zones around a moving vessel and an appreciation of the effect of speed on interaction forces can help vessel handlers foresee a potential interaction situation developing and allow them to deal with it. The effects of interaction can be amplified by an increase in vessel speed, the presence of another vessel or if the flow of water around the vessel is influenced by tidal streams or by entering a narrow or shallow channel.

Operators are encouraged to review procedural guidance and risk assessments to ensure that they reflect the hazards and associated risks of interaction. 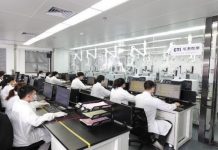 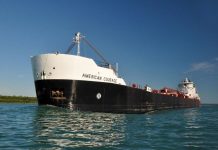 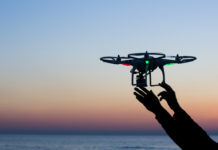