A recent news article published in the IBIA states that IBIA and BIMCO survey confirms a desire for bunker supplier licensing schemes.

The International Bunker Industry Association (IBIA), with support from BIMCO, launched an extensive online survey in February 2022 to identify to which extent the maritime industry stakeholders believe there is a need for a wider adoption of bunker licensing schemes, mass flow metering (MFM) and transparency to improve market conditions. The answer – for the most part – is yes.

When the survey closed at the end of March, 189 respondents had participated and shared their experiences and opinions. The survey questions were carefully crafted by the IBIA Bunker Licensing & MFM Working Group, which BIMCO takes part in, and the data has been examined in detail by the group. IBIA member Jeff Mildner of Vortex used his technical knowhow to help set up the survey.

The survey revealed that a vast 91.5% majority agreed that there is a need for increased transparency between bunker suppliers and buyers. Looking to the case of Singapore, they seemed to agree that the introduction of a Bunker Licensing Program (74.5%) and mandatory use of MFMs (76%) have had a positive impact on the bunker market in the port.

About half of the respondents assumed introducing these measures will result in fewer suppliers and nominal increased bunker prices, but not a huge price increase.

Alexander Prokopakis of probunkers and Chairman of the IBIA Working Group highlights that “There is a clear support among the respondents towards building further transparency and compliance within the shipping and bunkering industry, despite the underlying expectations of increased premiums and enhanced competitive landscapes.”

BIMCO’s Head of Marine Environment, Aron Sorensen, said: “Bunker licensing and properly certified and used MFMs can build transparency and trust in the bunker sector, improve market conditions, and help build a level playing field for quality operators. The survey findings show this is what the industry wants, and it seems an investment worth making to help raise the standards and ensure transparency.”

The findings of the survey were shared during a meeting for IBIA members at the end of May. Next steps for the Working Group, chaired by IBIA member Alexander Prokopakis of probunkers, will be considered soon.

IBIA promotes improved standards, knowledge and understanding in the industry. This is done through a variety of events and courses, engaging in working groups, by disseminating reliable and accurate information and offering practical advice where we can. IBIA also lobbies for effective, pragmatic and workable regulations. One of the most important arenas for that is at the International Maritime Organization (IMO) where IBIA has consultative status as a non-governmental organisation. IBIA attends all meetings of the IMO’s Marine Environment Protection Committee (MEPC), the Maritime Safety Committee (MSC) and a number of Sub-Committees.

BIMCO is the world’s largest international shipping association, with around 1,900 members in more than 130 countries, representing over 60% of the world’s tonnage. Our global membership includes shipowners, operators, managers, brokers, and agents. BIMCO is a non-profit organisation. 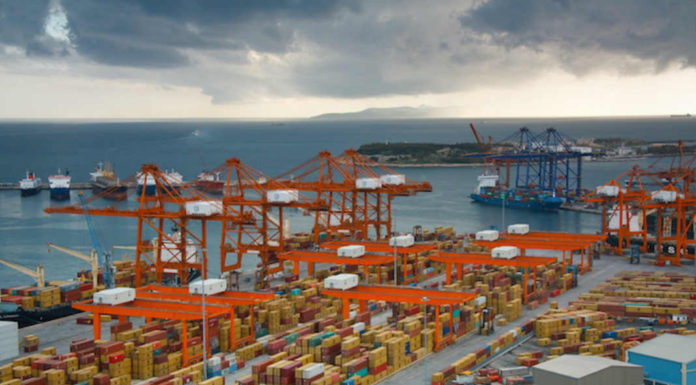 Bulker with Scrubbers May Enjoy a Premium and Early Advantage