Mr. Bo Xu, Chief Officer impressed the judges with his exceptional rescue of two survivors, found in a life raft in severe weather and heavy seas.

Mr. Bo Xu, Chief Officer of the oil tanker Jian Qiao 502, is to receive the 2022 IMO Award for Exceptional Bravery at Sea, in recognition of his bravery, determination and endurance when rescuing two individuals in a liferaft near Zhifu Bay in northern China.

Mr. Bo Xu, Chief Officer of the oil tanker Jian Qiao 502, is to receive the 2022 IMO Award for Exceptional Bravery at Sea, in recognition of his bravery, determination and endurance when rescuing two individuals in a liferaft near Zhifu Bay in northern China, in severe weather and heavy seas.

The recipients were selected by a Panel of Judges, whose recommendation was endorsed by the IMO Council, meeting for its 127th session (11-15 July).

A total of 41 nominations were received for the 2022 award from 17 Member States and two non-governmental organizations in consultative status with IMO.

On the morning of 12 December 2021, the cargo ship Tian Feng 369 experienced bad weather, flooded and began to sink 30 nautical miles northeast of Zhifu Bay. The tanker Jian Qiao 502, which was en-route to Port of Dongguan, changed course without delay to assist the vessel in distress.

After one and a half hours of exhaustive search, chief officer Bo Xu spotted a drifting life raft filled with seawater and carrying two survivors. The Jian Qiao 502 headed for the raft and the crew quickly realized that both survivors were too weak to securely tie a rope to themselves.

Mr. Xu jumped into the freezing waters without hesitating and swam relentlessly towards the raft, battling high waves and strong currents. After several attempts, he reached and pulled himself to the life raft and tied the ropes to the survivors, who were successfully transferred to the deck with the help of other crew members.

On his return to the ship, the chief officer immediately performed emergency resuscitation on both survivors, despite the fatigue and cold he still suffered. Eventually, one of the rescued survived and the other, regrettably, passed away due to hypothermia.

Mr. Xu was nominated for the award by China.

The Council agreed to award certificates of commendation to:

Letters of commendation will be sent to:

Despite the significant number of nominations received, the Panel of Judges noted that several nominations did not provide enough information on their citations to ensure an accurate evaluation or did not meet the criteria of the Award Guidelines. Future submitters are encouraged to include as much information as possible, providing detailed descriptions of circumstances and events .

Three merchant vessels involved in rescue operations of migrants, nominated by Croatia, the Philippines and INTERTANKO, fit the criteria for Special recognition for merchant vessels and their crew involved in the rescue of mixed migrants at sea (as per resolution A.1093(29)). They will be awarded certificates for this recognition.

The awards will be presented by the Secretary‑General at the IMO Awards Ceremony on 2 November 2022, during the 106th meeting of the IMO Maritime Safety Committee (2-11 November).

About the IMO Award for Exceptional Bravery at Sea

This annual award was established by IMO to provide international recognition for those who, at the risk of losing their own life, perform acts of exceptional bravery, displaying outstanding courage in attempting to save life at sea or in attempting to prevent or mitigate damage to the marine environment. Such acts of bravery may also involve extraordinary seamanship skills in very difficult conditions or any other display of outstanding courage.

The Assessment Panel submitted its recommendations to a Panel of Judges, consisting of the Chairs of the Council and Committees of IMO, which met on 27 June 2022 to select the recipients of the Awards.

/Public Release. This material from the originating organization/author(s) may be of a point-in-time nature, edited for clarity, style and length. The views and opinions expressed are those of the author(s).View in full here. 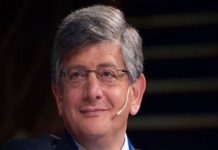 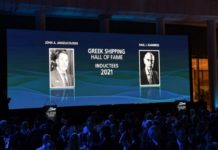 Angelicoussis And Ioannidis – Hall of Fame 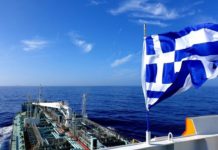