Discussion on safety initiatives and regulations

This key international committee will be sitting in London, UK, 2-11 November to discuss safety initiatives, regulations and guidance. As part of this, MSC 106 will review the progress made on developing a goal-based instrument regulating the operation of autonomous ships.

This comes as more projects are coming forward, especially in Norway, for building and operating unmanned vessels for shortsea voyages. Three of these projects are either underway or in advanced stages of planning, while other major steps in deploying MASS are on the horizon.

IMO has already completed a regulatory scoping exercise for and is aims to adopt a goal-based MASS Code in 2025. MSC expects to establish a MASS working group in November 2022 to further this work.

At MSC 106, the committee will be updated on the outcome of the first meeting, held September 2022, of the joint working group on MASS. This was established to address common issues identified by the regulatory scoping exercises for the use of unmanned ships, conducted by IMO’s maritime safety, legal and facilitation committees.

This joint working group developed a table – intended as a living document – to identify preferred options for addressing common issues, such as: role and responsibilities of MASS master and crew; competencies required for remote monitoring and operating personnel; and the identification and meaning of the term ‘remote operator’ and their responsibilities.

A draft work plan was agreed, for approval by the three committees, which envisages these committees reviewing the report of the first session and agreeing to have a second meeting of the joint working group in April 2023. 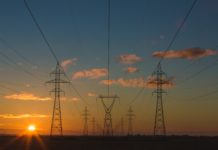 Shipowners Rake in Profits Amid Energy Crisis And War!