Earlier this month, the European Sea Ports Organisation (EPSO) had called for urgent scientific research into the impact of liquid discharges from scrubbers, says an article published in Splash 247.

The announcement was made a week before the International Maritime Organization’s (IMO) Marine Environment Protection Committee (MEPC), met in London to discuss an EU proposal on exhaust gas cleaning systems.

The proposal, which has been submitted by the EU 28 member states and the European Commission, aims to start the discussion at an international level on the discharges from scrubbers into the water, especially in sensitive areas such as ports.

To protect the water quality and to respect the EU standards imposed by the Water Framework Directive, some EU member states have taken initiatives to limit liquid discharges from scrubbers in port areas.

EPSO stated in a recent press release that it supports the European plea for “prompt and harmonized action on the basis of scientific evidence” available with regard to the impact of liquid discharges from scrubbers on water quality.

“Water quality is a great priority for European ports being continuously in the annual top 10 of European ports’ environmental priorities. The scrubber discharges into the water is currently triggering different approaches and measures in the EU member states. It is important to start the discussion at international level on the possible impact of these discharges as soon as possible in an open and transparent way, using the evidence available. This must lead to a more coordinated global approach to the issue, if possible. With the upcoming IMO 2020 sulphur cap, the issue is becoming a priority,” said ESPO’s secretary general, Isabelle Ryckbost. 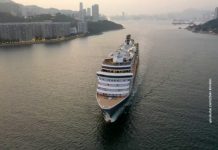 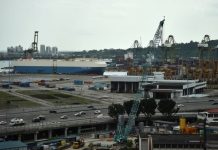 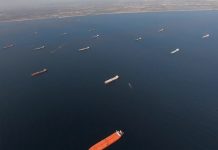