* Compliance with 2020 sulfur cap a key topic in July meeting

The 0.5% global sulfur limit on bunker fuels from the start of 2020 is “highly unlikely” to face any delay, Edmund Hughes, head of air pollution and energy efficiency at the International Maritime Organization, told S&P Global Platts in an exclusive interview.

There has been speculation in the shipping and bunker sectors, especially in Singapore, that there could be a hold-up in the IMO’s implementation of the cap. But Hughes was happy to quash this.

“I’d say there’s a negligible chance of January 1, 2020 being postponed,” Hughes said. “The only way the date could be changed is by an amendment to MARPOL Annex VI. It takes a minimum of 22 months for an amendment to be proposed, approved, adopted and then enter into force…We have worked hard to get this decision.”

Hughes also dismissed talk of a phased implementation of the sulfur cap only starting from 2020 onward.

A hot topic of discussion regarding implementation of the 0.5% sulfur cap has been what level of compliance will be seen from shipowners from 2020.

There has been a perception at least that, with the implementation of the 0.10% sulfur Emission Control Area (ECA) zones, some shipowners have used non-availability waivers even when compliant fuel has been, in actual fact, available.

“Ships have to demonstrate the actions taken to comply, that best efforts have been made, in order to seek a waiver — as specified in MARPOL Annex VI,” Hughes said. “The Party can require the ship to ‘present a record of the actions taken to attempt to achieve compliance.’ However, a ship should not be required to deviate from its voyage nor should they be delayed unduly in order to achieve compliance. The US has introduced an electronic system for submission of a Fuel Oil Non-Availability Report (FONAR). There’s potentially room to learn from such an approach.”

On a global scale, if large sections of the shipping industry decide it is not in their interest to comply with international regulations then the industry is heading into dangerous territory, Hughes added.

Port States, and governments generally, have significant powers under the United Nations Convention on the Law of the Sea (UNCLOS), to protect the marine environment if they feel international regulations are being flouted, he said.

“So if some unscrupulous shipowners are planning on not complying with the 0.5% limit, then the whole industry could face consequences down the road as there is likely to be a significant loss in confidence by policy makers in the regulatory regime for international shipping.”

Ignorance is unlikely to be a problem, he said.

“I think generally more people will be aware of the 2020 limit than the ECAs, because it’s global — so you don’t have the excuse of sailing into a part of the world where you weren’t as familiar with the rules,” he said.

The next MEPC 71 meeting to be held in July will consider consistent implementation of the 0.5% sulfur limit and the draft scope includes verification and compliance issues, Hughes said.

However, sanctions such as fines for non-compliance are not down to the IMO to decide, but for individual countries.

“That’s something IMO does not have a remit to consider,” Hughes said. “But I would say that Flag States are increasingly conscious of their own reputation. They would not lose their right to be a Flag State if they failed to enforce the sulfur limit sufficiently. But they could go onto a black list for Port State control, or a gray list, and then ships avoid those flags or re-flag. If the ship (or flag) is on a black list under one of the Port State control agreements, the ship is likely to be targeted for more frequent inspections. And for shipowners, this goes beyond just fiscal penalties — if your vessel is detained, you can lose your charter.”

There has been discussion in the bunker industry about what share of 0.5% demand will be met by clean marine gasoil (MGO) products, and what share will be a residual blend. This is a key area of ongoing discussion with the industry, Hughes added.

“One part of the new output expected to be approved by MEPC in July will be [for the IMO] to request the ISO to consider…possible new blended fuel types. MEPC has recognized that there are various technical issues to be resolved, and discussions with a broad range of stakeholders to be had on the practicalities of supplying compliant 0.50% fuel oil,” he said.

From the CE Delft study commissioned as part of the mandatory review, the IMO predicts that heavy fuel oil based products will make up around 84% of the bunker market in 2020, out of a total of about 320 million mt annually, of which 233 million mt will be 0.50% compliant fuel oil.

One concern heard from shipowners is that they are put off installing wet scrubbers or open loop Exhaust Gas Cleaning Systems (EGCS), in which the wash water goes back into the ocean, because of uncertainty around whether releasing the sulfur extracted from the exhaust into the sea could be clamped down on in future.

“The regulations allow for both open loop and closed loop EGCS, and there are no proposals on the table to stop open loop EGCS. The focus of work is on further development of the EGCS guidelines as the technology evolves,” Hughes said, adding that technological improvement to scrubbers will likely continue over the next few years.

In the IMO’s base-case scenario 3,800 scrubbers are expected to be installed by 2020.

“We’re more conservative than some studies which have pegged this number as high as 5,000 units. This is an important variable as the lower the number of scrubbers the greater the need for compliant fuel oil to meet the 0.5% sulfur limit,” Hughes said. 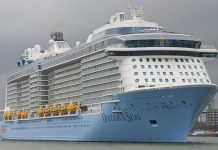 What’s It Like To Live In An Empty Cruise Ship During The Pandemic? 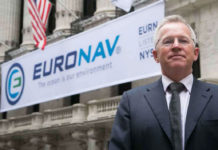