That’s not to say that stemming rising fuel costs isn’t an issue – quite the opposite. We’ve recently seen the price of VLSFO again exceed $1,000 per tonne but cutting fuel costs is not the only form of payback to consider when emissions regulations are tightening, sometimes on an annual basis. We also need to plan for high-priced new fuels, carbon taxes, port incentives, charterer requirements, new IMO regulation, and cargo owner demands for decarbonisation.

But, as Gavin Allwright, secretary of the International Windship Association, said recently: plug in ship efficiency measures, digitalisation, and other investments that can be delivered in the short-term make the future look much brighter.

A 360-degree view is needed to combine new technologies as favourably as possible, because the greatest fuel and emissions savings are actually the combined result of operational strategy, optimised design and clean technologies.

The crew of roro SC Connector

For example, the crew of roro SC Connector decided to take the wind forecast into account when planning routes, and in doing so they have been able to use Norsepower’s Rotor Sails to save 4.6 tonnes of fuel and 14 tonnes of CO2 emissions during a single voyage from Rotterdam to Tananger, Norway. The vessel achieves an average reduction of fuel consumption, fuel cost and carbon emissions of up to 25%, and the two Rotor Sails have generated a maximum thrust force equivalent of 8 MW propeller shaft power.

In addition to rotor sails, the ship has been fitted with a battery container, which balances peaks of electricity demand when accelerating the Rotor Sails. So, our installation on the SC Connector actually involves multiple clean technologies – working together to achieve optimal performance.

This is just one example. Combining rotor sails with technologies such as optimised propeller technologies, power management systems, hull and energy optimisation, propulsion drive train products, power take off and take in (PTO/PTI) systems, and energy storage systems can deliver tangible value and economies of scale.

However, there are challenges holding the industry back from taking a 360-degree view of combining innovation onboard. The clean technology installation process needs simplifying at each stage, including for planning dry-dock installations or during builds.

Globally, shipyards are currently inundated with projects and technology installations and ship builds are consistently delayed. Shipowners and fleet operators should be able to obtain instant quotes for integrated retrofit works, have real-time visibility of shipyard availability and easily access and schedule dry dock slots.

Relationships and collaboration between technology providers and shipyards are also essential so shipowners and managers can access the technology needed to make impactful savings and install the technology combination which is most suited to their vessel’s profile.

Filter down and drive implementation

It’s not just external barriers that need to be overcome. Breaking siloed thinking around operational performance and data use within shipping companies will ultimately result in more joined up strategic thinking that will filter down and drive implementation.

For changes to come to fruition, shipping’s commercial dynamics must also re-adjust. In addition to financiers recognising that payback algorithms are becoming antiquated, outdated charter party agreements also need updating. Building greater understanding amongst charterers about the value of incentivising the use of clean technology onboard vessels and ‘rewarding’ innovative operators by guaranteeing longer term charter party agreements at attractive rates will go far to help solve the all-too-familiar split incentive conflict. Anomalies such as ‘rush to wait’ charter party clauses that are counter-intuitive to optimising voyages and decarbonisation should be relegated to the past as part of this progressive and collaborative spirit.

Taking this more holistic approach means we rewrite the rule book, whether it is commercial agreements between shippers, defining new payback structures with financiers or exploring co-operative arrangements between tech firms. We see a gradual willingness across the industry to invoke these changes but real impact will only happen when we scale up, and speed up the process. 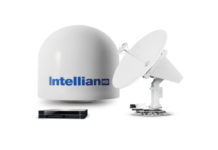 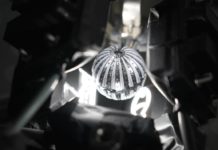 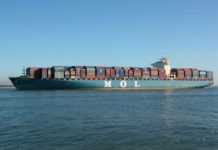