The UK & PI CLUB has given a brief report titled “Risk Force: Burns” concerning the recurring fire accidents that had taken place in ships due to various reasons.  The report emphasizes that adequate measures should be taken to reduce the risk of seafarers suffering from burns.

While the vessel was at anchor, the chief engineer instructed the duty crew to clean the duplex filters for the fuel oil booster
pumps. The diesel generator was changed over from Heavy Fuel Oil (HFO) to Diesel Oil (DO).  The HFO heater was shut off and the feed and booster pumps stopped.

The cause of the incident

The third engineer was said to have closed the valves before and after the filters and then slackened off the air vent plug to relieve the pressure in the filter unit.

As the third engineer commenced removing the filter cover, hot fuel oil was ejected from the casing, causing extensive first and second degree burns to his arms, legs and feet.  The engineer was quickly transferred ashore and hospitalised.

The actions reported to have been taken to isolate the FO filters and relieve pressure were consistent with standard practice and yet there remained enough fuel and pressure in the system to cause the discharge of hot oil from the opened filter casing.

This shows that it should never be blindly assumed that the system is 100% safe when being opened up – what if a drain or vent is blocked or a valve is not closing properly? 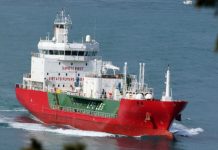 Usage of Hemp Products Can Lead To MMC Cancellation 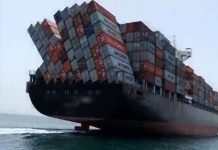