It’s not your imagination: More people are contracting Covid-19 for the second or third time as the rapidly proliferating BA.5 coronavirus subvariant causes an increase in infections across the United States as reported by CNN.

But on average, these reinfections do not seem to be happening more rapidly, according to a new analysis from the gene sequencing company Helix.

BA.5, another offshoot of the Omicron variant, is now causing about 80% of new Covid-19 infections in the United States, according to the latest data from the US Centers for Disease Control and Prevention.

These reinfections don’t seem to be getting closer together, however.

In April, during the BA.2 wave, the average time between positive Covid-19 tests for the same person was about 230 days; by July, it was about 270 days or about nine months.

“There was a jump,” said Shishi Luo, associate director of bioinformatics and infectious disease at Helix.

According to Luo, a variety of causes, such as decreasing immunity, widespread dissemination, and mutations in BA.5 that enable it to evade the body’s defences, are likely all contributing to the surge.

People who are currently contracting the disease had their previous infection, on average, roughly nine months ago. That doesn’t mean there haven’t been recent instances of people contracting Covid-19 again just a few weeks later. Those are visible to Luo in the data. However, they are not typical.

According to our data, you are statistically more likely to become sick again the longer it has been since your previous infection, she explained.

The Helix data corroborate the findings of a previous study on reinfection from Qatar, which routinely tests its 2.8 million inhabitants for Covid-19, testing roughly 5% of the population each week.

In May, the BA.4 and BA.5 subvariants arrived in Qatar, and by June, they had taken control of the transmission.

Researchers used the national screening data to look at instances of reinfection.

They found that people who’d had Covid-19 infections before the arrival of the Omicron variant had little protection against reinfection that caused symptoms during the BA.5 wave: just 15%.

These study results may not apply to everyone.

The population of Qatar is unique because it is mostly made up of men who travel into the country for work, the researchers say, and few people there are over the age of 50.

But Luo says people shouldn’t panic when they hear about friends or family members getting Covid-19 for the second time in a month. 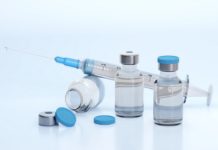 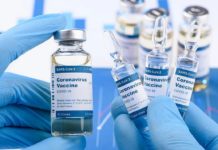 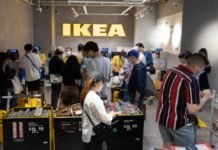