JPMorgan Chase, the largest lender on Wall Street, said it planned to dramatically increase spending on technology and talent to fortify its competitive position, stirring investor worries about US bank earnings in 2022, reports Financial Times.

As it reported record profits last year, JPMorgan stunned analysts with a forecast that expenses would increase by 8 per cent this year to around $77bn, meaning it would probably miss a key profitability target in 2022, and possibly in 2023. Part of the elevated expenses are from higher pay, with an extra $2.5bn earmarked for compensation and travel expenses.

JPMorgan is ramping up spending just as a surge in deal making activity that produced record investment banking revenue is starting to lose steam. Investors had hoped that rising interest rates — and higher rates on loans — would help compensate, but instead much of this benefit will now go to fund new investments.

“The global technology spend at around $12bn, that’s an astonishing number,” said James Shanahan, an analyst with Edward Jones. “That probably blows away the cumulative dollar value of investment of all the fintechs in the world that are trying to disrupt them.”

JPMorgan shares, which have nearly doubled from the depths of the pandemic, fell more than 6 per cent on Friday.  This also dented the stock prices of other major banks set to report earnings next week, with Morgan Stanley down 3.6 per cent, Goldman Sachs 2.5 per cent and Bank of America 1.7 per cent.

Jamie Dimon, 65, who has carved out a reputation for cost control as JPMorgan’s chief executive since 2005, told analysts the bank would need to “spend a few bucks” to beat competitors.

Jeremy Barnum, JPMorgan’s chief financial officer, said the bank was in a “moment of acceleration” of investment spending. “Part of the reason for that is the amount of competition out there in the market,” Barnum said in a call with reporters, “especially from novel entrants”.

JPMorgan is earmarking new funds for data centres and cloud computing as well as expansion into new markets like the UK and marketing costs.

Executives say investments in technology today will ultimately result in lower operating costs. But it could take years to realise those savings and the lack of granular detail is a source of frustration for investors.

“You, as a shareholder, as an outsider, are never going to be able to tell the difference between investment spending and just plain old spending until three years later. So you just have to take it on faith,” said Chris Kotowski, banks analyst at Oppenheimer & Co.

After fourth-quarter earnings at Citigroup, which has already been spending heavily to bolster its technology under regulatory pressure following mishaps at the bank, chief financial officer Mark Mason called technology a “very important growth line” in the bank’s expense base, without giving a specific forecast. 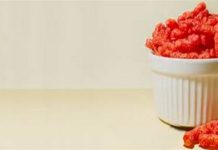 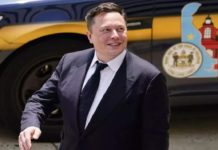 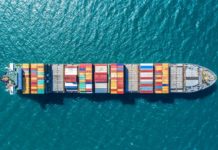