According to a statement from K Shipbuilding, LR granted the permission in principle during a ceremony on June 16.

According to the company, the design includes a 6,800-cbm LNG tank with GTT’s Mark ll Flex containment system.

Seaspan, an unit of Atlas Corp, recently placed an order with K Shipbuidling for LNG-powered containerships. 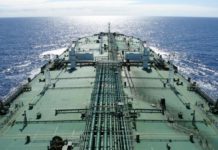 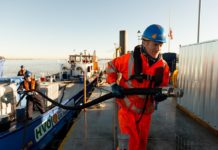