In a major development, Keppel Offshore & Marine has announced that they are about to start work on a combined S$300M (US$220M) in new projects, including one to design and construct an ice-class LNG bunker vessel, says a report published in LNG World Shipping.

The group is poised to convert a floating LNG platform for Golar following the receipt in late December of limited notice to proceed. The FLNG is intended to support the first phase of the Greater Tortue/Ahmeyim project under development in offshore West Africa.

Commissioned by Shturman Koshelev and due for delivery in Q4 2020, the bunker ship will be chartered to Gazprom Neft for operations in the Baltic Sea. The vessel will be built to the proprietary 5800V LNG design worked up by Keppel subsidiary Marine Technology Development. It will have an ice-class 4 notation and a cargo capacity of 5,800m3.

Over recent years Keppel has built up a strong track record in ice-class vessels and expertise in cryogenics, having delivered 11 so far. The shipyard is also building a series of LNG-fuelled ships as well as southeast Asia’s first LNG bunkering vessel.

Further, in October the group signed contracts with Stolt-Nielsen Gas to construct two small-scale LNG carriers worth a total of S$105M. Due for delivery in Q4 2020 and Q1 2021 respectively, they will have a capacity of 7,500 m3. Running on dual-fuel engines, both vessels will have a class notation for bunkering services if required.

Keppel will also take forward into 2019 a full order book for scrubber retrofits, with 65 projects from a variety of customers. Having completed Singapore’s first retrofit on a very large crude carrier in mid-2018 in less than 30 days, the group has been flooded with last-minute orders ahead of the emissions regulations.

What does it say about the company?

Altogether, the contracts attest to the versatility of Keppel. “They extend our track record in refurbishment and modification projects, which are a core part of our business,” said Keppel Offshore Marine chief executive Chris Ong. “[The company] also stands ready with a suite of advanced and cost-effective solutions such as scrubber refits and LNG-fuelled vessels as IMO implements the 0.5% global sulphur cap on marine fuel from January 2020.” 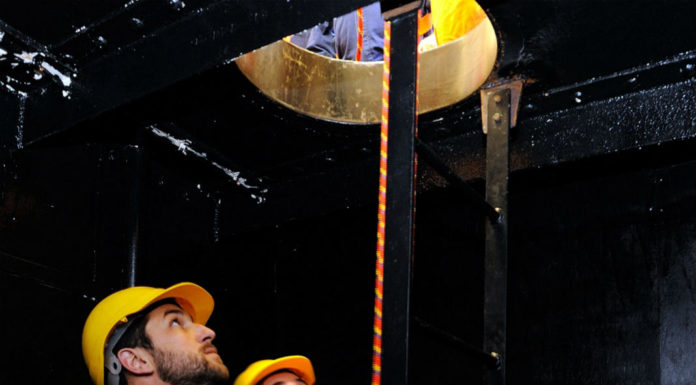 Meteoric Rise of Bitcoin To $34,000 in Short Span of Time