When Capt. Josephine Clark, a marine pilot at Port Kembla, started her career back in 2005, there were just 6 female pilots working in Australian ports, reported by Safety4Sea.

“Today we are still in the single digits. Barely any progress in 17 years,” she described to Maritime SheEO.

So, what if the job becomes obsolete before some sort of gender balance is achieved?

What are the key skills to watch for anyone seeking to put themselves out there for a career as a maritime pilot?

A marine pilot, also called a maritime pilot, is a mariner who maneuvers ships through dangerous or congested waters, such as harbors or river mouths.

Unlike the captain and crew members who travel onboard the ship, pilots are usually stationed at the ports.

When a ship needs to enter or leave a harbor, maritime pilots are sent abroad via a small pilot boat to safely navigate the vessel through the local waterways.

Let’s see what aspired marine pilots have to focus on:

The first obvious qualification for a maritime pilot is to meet the ‘hard skills’ required for such a risky job.

Pilots are generally professional seafarers who have served on ships in the capacity of a senior deck officer.

Overall, entry qualifications for pilots will range from a general maritime qualification to a full Master’s certificate, according to the UK MPA.

For instance, most pilots serving the world’s major ports hold an IMO STCW II/2 Master’s qualification and have served as Captains or Chief Officers on a merchant ship.

However, in smaller ports, it is not unusual for the pilot also to be the harbor master.

When handling a 200-tonne cargo ship, not only great economic interests but also people’s safety is at stake.

So, it is really important that a maritime pilot is an efficient communicator, meaning that irrespective of the gender they : understands spoken information, speaks clearly so listeners can understand.

Exercises effective listening and ask questions, understands written information, but is also able to write clearly so others can understand.

While some technical skills are difficult to acquire on your own, ship handling is one that can be studied in theory prior, said Capt.

Clark to any woman considering a career as a maritime pilot.

“There are many excellent books and publications available to obtain knowledge and increase your chances at selection examinations or interviews,” she advised.

Pilot transfer arrangements can be quite risky due to factors such as the weather and sea conditions.

IMPA’s annual pilot ladder survey for 2021 showed that 13% of pilot transfer arrangements reported by its members were non-compliant with SOLAS regulation V/23.

So potential maritime pilots must be familiar with the idea of leaving their safe zone and, most importantly, have a feel for safety, as poor safety decision-making can be fatal in this job.

This is a skill applicable and necessary for every position.

A good tip would be to seek opportunities to undertake pilotage observations as trainees in a target port, Capt. Clark advised.

This would enable the interested candidates to familiarize themselves with the port while getting to know the people and showing interest before jobs are advertised.

“Consider joining your IMPA-recognized pilots’ association as an associate member,” she suggested.

Many qualified applicants often fall into the trap of hesitating to apply for a job they like because they think they do not meet 100% of the requirements.

For example, men are more likely to apply for a job even if they do not meet all of the criteria compared to women, according to Capt. Clark.

You may try and lose, but if you don’t try, you have already lost. So why not give it a try? 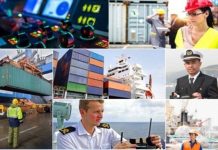 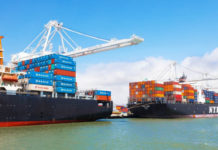