Arrival Of Large Ships Will Shrink Freight Charges In Iran

“The ship is carrying 1162 TEU import and export containers and has started its journey from China’s Shanghai port,” he added.

MSC line ships are scheduled to arrive in Shahid Rajaei port on a weekly basis.  Switzerland’s MSC marks the second largest shipping line in the world and by berthing of MSC ships at Iran’s largest commercial port.  The number of foreign liners commuting to and from the port has reached 17. “The costs of freight transportation services will shrink providing greater capacities for the country,” he emphasized. 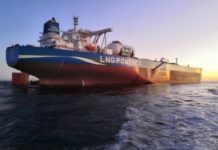 LNG Retrofits will Rate Higher Under CII than HFO/Scrubber