A new study reveals that thousands of women experienced irregularities after their jab – yet the medical establishment seems disinterested, reports The Telegraph.

Could there be a connection between the covid jab & period?

When my period was late last month, I was cautiously optimistic. After a miscarriage in December, followed swiftly by a bout of Covid-19 for my husband, my periods had remained stubbornly regular, as they almost always are. This time though, day 27 came and went without any blood appearing in my pants. I played the game most women who are trying to get pregnant play: I bargained with myself about when I would take the pregnancy test.

But after a week, I couldn’t hold out any longer. I took the test. “Not Pregnant.” A week later, I took another test. Still “Not Pregnant”. It was only after I finally spoke to my friends about it that I remembered: I’d had my second dose of the vaccine the month before. Could there be a connection?

The possibility is looking increasingly likely. This week, a study in the BMJ revealed that almost 35,000 British women have reported that following their vaccination against Covid, they have experienced more painful and/or irregular periods.  A month later, they were back to normal.

Dr Victoria Male, a lecturer in reproductive immunology at Imperial College London, who led the work, said that all the main vaccines – Pfizer, Moderna, AZ Oxford – were involved, but there has been no suggestion of a long-term impact on fertility.

Theorising that the body’s immune response to the vaccine could trigger a change in the menstrual cycle, Dr Male pointed out that more research was needed.

This study is not the first we’ve heard of period disruption being linked to the jab. Ever since the vaccine roll-out began women have been all over social media, talking about how the vaccine seemed to have an impact on their menstrual cycle.

For most of these women, their vaccine shot was followed by a late period or a particularly heavy period. Other women experienced breakthrough bleeding (when you bleed outside of your period), some women whose contraception meant they had not had a period for years suddenly had to rush out for tampons. All of these women came to social media for advice or reassurance. But until this study, there has been little on offer, highlighting how little anyone has thought to consider the chance of a connection.

But what the new study highlights is how little anyone has thought to consider the chance of a connection so far.

Lack of Data for Conclusion

When women first started reporting menstrual cycle irregularities following the vaccine, the lack of data on this issue led doctors to dismiss their concerns.

Will it be a Coincidence?

“It’s just a coincidence,” we were told, “women often have an irregular cycle every now and then.” This attitude ignored not only the fact that there has never been any serious research into how common it is for women who have regular periods to occasionally have an irregular period, but that also many of us have been tracking our cycles for years – and know that a 20-day delayed period is not a “normal” irregularity. Well OK then, the medical community proffered, moving to the bargaining stage of denial, it’s stress. Which it may be, although I can’t say I found getting my vaccine any more stressful than living through a global pandemic for a year and a half.

This is not the first time a vaccine has been linked with menstrual cycle irregularities. Dr Male has also noted that the human papillomavirus (HPV) vaccine has been associated with menstrual cycle changes. Gynaecologist Dr Jen Gunter uncovered research looking into potential menstrual cycle effects from the rubella vaccine in the Seventies and Eighties. In fact as far back as 1913, a doctor was investigating the potential menstrual impact of typhoid vaccines. But despite these historical data points, many doctors and researchers continue to dispute that there is any biologically plausible mechanism by which the vaccines could affect the menstrual cycle. In fact, there are several biologically plausible mechanisms, but we lack the research to prove the point either way.

Should it be Women Issues or Fertility Concerns?

Part of the rush to dismiss women on the basis of little to no evidence comes – no doubt – from a well-meaning, but ultimately misguided effort to reduce vaccine hesitancy in young women, although if anything will drive hesitancy it is surely exactly this kind of medical gaslighting. More broadly, being disbelieved and dismissed by the medical establishment is nothing new for women, who are used to being, for example, prescribed antidepressants when they present to doctors in pain (men who present with similar symptoms are more likely to be prescribed painkillers). Women are simply not considered to be reliable narrators of their own bodies.

It is perhaps this attitude that leads to “women’s issues” in general being seen as somehow less important than medical problems that affect both sexes. Endometriosis, for example, a condition that causes severe life-limiting pain is as common as asthma, and yet receives only a fraction of the funding, and takes on average eight years to diagnose.

This type of groupthink may also have contributed to the sidelining of women’s specific health issues throughout the pandemic. One GP told me that her Clinical Commissioning Group (CCG) had suspended specialist treatment for stress incontinence and genital prolapse and had yet to restart it. Another woman told me her treatment for vaginismus was also stopped, even though she was three years overdue for her smear test. Multiple women reported being unable to access contraceptive coils or injections — or even to have out-of-date ones removed. I realised I was lucky to have had mine taken out in August 2020. Not all of us have time to wait for the pandemic to be over.

Still, enough women have now reported menstrual cycle effects that the issue has become impossible to ignore: the US National Institute of Health (NIH) has now allocated $1.67 million to research a possible link between COVID-19 vaccines and the menstrual cycle, as well as how long any impact might last. To put this in context, the NIH has to date spent almost $4.9 billion on COVID-19 research.

This research comes too late for many of us, but it is still hugely welcome. Unlike the medical gaslighting approach, it may actually convince some vaccine hesitant women to get their jab. It could also form a basis for future, much-needed research on the interaction between the menstrual cycle and the female immune system. And, perhaps most importantly, it might convince future medical researchers to study menstrual cycle impacts from the beginning of their studies, rather than as an afterthought.

Meanwhile, I’m waiting for my next period, with no idea whether I should expect it to be late or not. 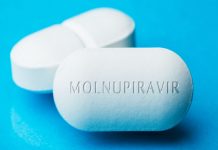 Will Merck’s Covid-19 Pill Live Up To The Hype? 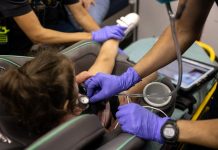 Is The USA in Epidemic to Endemic Stage of COVID? 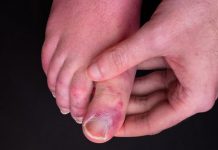 Why Do Some People Get ‘Covid Toe’ Conditions?