“We’ve got a problem in which the shipping industry is able to discriminate against American exporters,” Garamendi said during a House T&I Committee hearing on Tuesday investigating the export container shortage.

“It may be because [ocean carriers] can make more money sending those containers back empty to the Western Pacific rather than allowing them to be here long enough to be loaded with American exports. It’s a serious problem.”

What is in the draft proposal?

Included in the draft proposal, according to Garamendi, would be several provisions to amend the U.S. Shipping Act, overseen by the Federal Maritime Commission (FMC), including:

“What’s currently happening to American exporters is not fair and not justified, except if you want to be a price gouger, which apparently some of these [ocean carriers] want to be,” Garamendi said.

Demand for imports into the U.S.

Demand for imports into the U.S. has caused the freight charges for those loads to surge as high as $10,000 or $12,000 per container, according to the Agriculture Transportation Coalition.

By comparison, export container loads are earning carriers just $400 to $1,800 in freight charges. U.S. exporters allege that has led carriers to cancel export bookings in order to get the containers back to Asia faster for reloading instead of moving the containers to export loading points within the U.S.

National Pork Producers Council President Jen Sorenson testified that an average of 22% of agriculture export sales are going unexecuted due to a lack of export container capacity. “This is about lost opportunities and erosion of relationships,” Sorenson said.

“Japan wants chilled pork. When we have to deliver it frozen [to avoid spoilage due to the shortage of containers], we lose a tremendous amount of value to U.S. hog farmers. Not only value, we erode that relationship with Japan that we built over time.”

CEO of the World Shipping Council

John Butler, who represents the ocean carriers as president and CEO of the World Shipping Council, pushed back on the notion that his members were price gouging or are being unfair to exporters.

“What’s really driving these problems is the massive increase in U.S. imports,” Butler testified at the hearing.

“Some people have characterized that as essentially Asian exporters pushing product to the U.S. But on the shipping side, the majority of import cargo is contracted by U.S. importers — they are U.S. companies bringing these goods to the U.S. for U.S. consumers.”

Butler pointed out that in normal markets the container market trade imbalance with Asia is 2-to-1 U.S. imports to U.S. exports, but that has now jumped to 3-to-1.

Butler was unsurprisingly skeptical of changing the law to give the FMC power over carrier booking decisions.

“There are real problems when you start talking about mandating this or that particular product — you’re pretty quickly into rate regulation and price mandates, because none of this operates independently of the economics,” he said.

“If you’re going to examine a commercial relationship and whether both sides are keeping up their end, you have to look at that relationship on a transactional basis. And the FMC is already in a position to accept those complaints and also to initiate actions on its own.”

FMC Chairman Daniel Maffei confirmed to the committee that the Shipping Act does not currently contain provisions to mandate reciprocal trade, but that he was  open to working with Garamendi and Johnson on their proposal.

He said that “it would be good to have more tools at the FMC.”

However, he added, “I think we should discuss the specific provisions to make sure there are no unintended consequences. I would also say we can’t just scapegoat the carriers. There are good eggs and bad eggs in all of these baskets.” 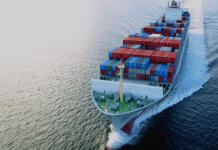 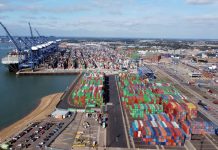 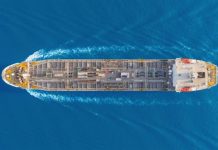