Whether one likes it or not, letters of indemnity, or “LOIs,” are a necessity in commercial shipping, and our charterer may be confident that they will frequently be needed. It is worthwhile to take a step back and think about a few fundamental concerns before providing an LOI, which may occasionally offer the best commercial answer to a situation as reported by Skuld.

Do I really need to give an LOI?

Usually, the charter party’s terms contain the answer to this. Does the desired action concern a command that the charterers are authorised to issue? If that is the case, there shouldn’t be a reason for an LOI. Otherwise, owners may have the legal right to refuse a charterer’s request and only consider granting it if the charterer offers additional guarantees in the form of an LOI.

The standard illustration is when cargo is delivered to the owner or master at the discharge port without their receiving the original bills of lading. Owners are not required to transfer the cargo to a person who cannot show the bill of lading in this situation. Owners have the option to decline and only agree to the provision of a LOI in this situation. In fact, unless the charter expressly stipulates that they must, owners are not obligated to deliver in certain circumstances even if a letter of intent (LOI) is presented by charterers.

Other situations are less straightforward. The issue of a clean bill when the master has doubts about the cargo’s apparent condition, requests to mix or blend (liquid) goods on board, and discrepancies between ship and shore numbers regarding the amount of cargo loaded are typical examples. The degree to which a LOI is suitable in such circumstances will need to be determined on a case-by-case basis. Our claims handlers are available to offer advice and assistance and often deal with similar circumstances.

Is there a standard P&I club wording?

The International Group of P&I Clubs (the “IG”) has just three standard LOI wordings that include delivery of goods without the original bill of lading and delivery at a different discharge port than the one specified in the bill of lading. Other cases, like those mentioned in section 1 above, are not covered by any IG standard forms. Consequently, if the charter agreement states that an LOI is to be provided “per owners’ P&I club wording” for a specific operation (such as a line flush) where there is no published club format and no other wording has been provided to charterers prior to fixing, there is likely to be confusion regarding the specific terms of the LOI and the possibility of a dispute. Even though this is more practical for specific operations, it is prudent to agree on the full wording and include it in the charter if it is determined that an LOI is required in order to avoid this. This is because it is not practical to plan ahead for every scenario in which an LOI may be requested.

If I have to give an LOI, how can I reduce my exposure?

The first thing to think about is whether charterers can get back-to-back LOIs if an LOI must be submitted to owners. This would normally come from a sub-charterer, though in certain circumstances, it would be possible to ask a selling contract counterpart for an LOI. Charterers will still be at risk even if back-to-back LOIs can be obtained, for example, if the provider of the indemnity further down the chain is unable to pay their debts (this risk may be reduced by obtaining additional security, such as the countersignature of an appropriate international bank), or if there are other problems with enforcing the LOI.

Examining the LOI’s wording carefully is the second technique to lessen vulnerability. Although there are only a few standard IG wordings, as was previously indicated, it is usual for parties to follow the major clauses of the IG wordings even for non-standard LOIs, with logical adjustments.

Below are some brief (by no means exhaustive) tips in this regard:

Am I covered under P&I?

LOIs typically aren’t covered by ordinary charterers’ P&I coverage even though there are IG standard wordings available because they contain onerous indemnities that are excluded by the club’s terms and conditions. Your personal Skuld team, however, can help by analysing the wording and taking into account custom-made supplementary cover for the exposure under the LOI if you need support or advice with respect to a request for an LOI. 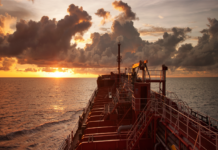