The Liberian Registry has announced strategic new appointments in a number of the key areas within the global network of offices operated by its US-based manager, the Liberian International Ship & Corporate Registry (LISCR).

Gerard Kenny has been appointed Technical Manager of Liberian Registry’s London office, where he will primarily serve as a technical advisor to the Liberian delegations to the IMO.

A former technical manager and class surveyor with Lloyd’s Register in London and DNV in Sydney, Gerard was most recently Chief Marine Surveyor with the Virgin Islands Shipping Registry.

Rafael Cigarruista has been appointed Manager of the Registry’s regional office in Panama which, in common with other flags, Liberia established to provide direct services to ships transiting the Panama Canal.

Rafael is a former independent nautical engineer with extensive experience of class and statutory surveys.  Pinar Saglam has been appointed Corporate & Registrations Co-ordinator for the Liberian Registry’s office in Istanbul.

Previously a Financial Planner with Furtrans Shipping Group, Pinar will be closely involved in daily operations and will also serve as a Special Agent for the Registry.

In the US, meanwhile, Josiah Toepfer has been appointed Manager, Vessel & Company Compliance in the Liberian Registry’s main headquarters office, located in Virginia.

His role will be to ensure compliance with Port State Control regulations, and to minimise deficiencies and detentions.

A former USCG PSC inspector, Josiah joins the Registry from Sparrow Marine, a shipping audit and consulting company which he founded.

Also in the US, Kevin Smith has been appointed Manager for Vessel Compliance in the Liberian Registry’s Houston office.  Kevin, who was previously Regulatory Compliance Manager with Noble Drilling Services, will oversee the regulatory compliance of vessels and managers operating in the Gulf of Mexico.

LISCR CEO Scott Bergeron says – “As the Liberian Registry grows from strength to strength, it is essential for us to ensure that we are able to maintain our ability to provide a high level of service regardless of fleet size.

The real assets of the Registry are its people.  That is why we are committed to enlisting the services of skilfully qualified personnel, who can bring added value to the Registry’s clients, providing expertise and advice when and where it is needed.” 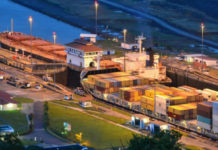 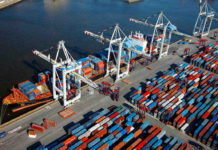 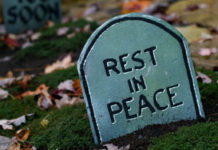