Despite the current oil price dip, large marine operators continue to pursue the use of natural gas as a fuel that offers long-term price stability, operational simplicity, and environmental advantages over scrubber systems, low-sulfur marine gas oil and other marine fuels. Compounded by the long asset life of the average marine vessel, natural gas offers an appealing solution to a variety of issues faced by operators around the world. LNG as a marine fuel has moved passed the demonstration phase and early project efforts have created fully functioning LNG supply chains that will, in turn, facilitate a continued acceleration and expansion of natural gas powered marine vessels.

Natural gas has proven to be a very viable replacement for other marine fuels in various operations, from tankers, container ships, and carriers, to tugs, cruises and ferries. In Europe and elsewhere, where diesel prices remain high, governments provide direct support to deploy cleaner vessels and supporting infrastructure, which is combined with strong regulation that prohibits the operation of heavily polluting fuels within controlled coastal regions. Some operations – such as the Fjord1 ferry line in Norway – have been running a 100% LNG fleet for many years already, and others are moving in this direction.

New projects are announced almost weekly, with planned or existing operations in the Netherlands, Singapore, Scotland, Spain, Ireland, China, the United Arab Emirates, Germany, Australia, and others. Ports in these areas, including the Port of Antwerp in Belgium and the Port of Rotterdam in the Netherlands, have developed comprehensive and integrated strategies to facilitate the deployment of LNG vessels. These ports have detailed plans for bunkering services across multiple countries, incentive programs to encourage LNG vessels to call at their ports, and other strategies to help drive the market for this clean fuel. The cooperation, innovation and progress achieved with these projects are all tremendous examples that should be carefully considered by the gas-rich countries such as the U.S. and Canada.

In North America, natural gas powered ships have become increasingly appealing with the phasing in of more stringent emission standards and the Emission Control Areas (ECAs). When the price of diesel began its downturn, some operators opted for the use of scrubbers, low-sulfur marine fuels, and other engine technologies to meet regulations. However, ship owners are now beginning to better understand the shortcomings of these systems. At the same time, those with the knowledge and preliminary investments in a natural gas pathway are seeing themselves as competitively positioned for the long-term. A few key projects in North America include:

In the last 12 months, the North American LNG marine market has seen exceptional progress. While this is exciting and notable, this is just the beginning. As noted above, there are currently more than two dozen natural gas powered commercial marine vessels on order for operations in the U.S. and Canada. Now in various stages of design, build and deployment, these vessels will result in 300% market growth in the next few years. Beyond these forthcoming deliveries, industry experts expect to see significant additional near-term growth, especially in applications such as cruise ships and other vessels that spend a majority of their life in the North American ECA.

Nearly 20 percent of the cruise ships now on order will be LNG-powered, with Carnival Corporation leading the way here with their Aida Prima already running on LNG and a total of seven LNG ships to be delivered beginning in 2018. MSC Cruises, Royal Caribbean and Disney Cruise Lines all have ordered LNG-powered cruise ships.

In the last 12 to 24 months, many in the LNG industry were talking about the cruise sector potentially being the next big opportunity for natural gas; looking back, these premonitions were clearly correct. Today, there’s growing focus and attention on the tanker and car carrier lines as the next segments to move to clean-burning LNG.

To prepare for this forward growth, LNG production plants and bunkering strategies are being aggressively developed from the Pacific Northwest to South Florida. To meet the fuel needs of this growing fleet, a half dozen new LNG production plants from Jax LNG, Eagle LNG, and Puget Sound Energy’s Tacoma LNG are being built, and/or existing plants—such as FortisBC’s Tilbury facility—are being upgraded and expanded. Bunkering vessels of various shapes and sizes are also being designed, constructed and delivered, and other innovative truck and rail-based supply chain solutions are being developed. In spite of the low oil price environment, it is an exciting time to be in the LNG marine business.

Beyond the engines, fuel and supply chain solutions that are being deployed in the market month-after-month, tremendous progress is also being made on training programs, standards and other considerations needed to accelerate the use of LNG as a marine fuel. A cross-industry initiative called SEA\LNG was recently launched to help further address market barriers and stimulate demand for LNG vessels. Founding members include Carnival Corp, DNV GL, Engie, ENN, GE Marine, GTT, Lloyd’s Register, Mitsubishi Corp, the NYK Line, the Port of Rotterdam, Qatargas, Shell, TOTE and Wartsila.

While the North American market for LNG powered marine vessels has only been under development for the last five or so years, tremendous innovation has occurred in this relatively short period of time. This innovation continues with new approaches, technologies, and systems designed to significantly reduce Capex costs and therefore the ROI periods for new natural gas ship builds. One soon-to-be-announced innovation could reduce the incremental cost of an LNG vessel by as much as 50%, which would then reduce ROI periods to as little as two to three years.

Such cost reductions will further accelerate investment in LNG as a marine fuel in the years to come, particularly as international rules and regulations require the marine industry to dramatically decrease emissions of sulfur—a major component of air pollution and acid rain. These requirements put in place by the International Maritime Organization (IMO), the body which governs all international shipping, were recently affirmed to require a cap on the sulfur content of marine fuels, also known as bunkers. The new requirement—that marine bunkers contain no more that 0.5% sulfur by 2020—will have a dramatic impact on the operations of all of the world’s marine vessels. Global consulting firm Wood Mackenzie recently reported1 that the IMO’s sulfur cap rule may cost shippers up to $60 billion in higher fuel costs annually; a cost that creates tremendous opportunity for the LNG industry.

Fortunately, shippers have a lower cost option when deciding what fuel to use to power their ships. Not only is LNG sulfur-free, but it also emits about 25% less carbon. The international marine industry has been aggressively pursuing the use of LNG as a marine propulsion fuel long before the IMO affirmed the 0.5% sulfur cap in October 2016, but the 2014 collapse in oil prices dampened enthusiasm somewhat. Now that the price of oil has nearly doubled since its January 2016 lows, coupled with the IMOs decision not to delay implementation of the new regulation, interest in low emission, low cost LNG has skyrocketed. In addition, there is little doubt that the price of petroleum fuels will inevitably continue its traditional roller-coaster ride and in the long term, rise.

Of course, as we have seen with companies like TOTE, Carnival and many others, investments in LNG fueled vessels often come as a result of a company’s strong commitment to environmental stewardship and sustainability; because reducing discharge from their vessels is simply the right thing to do. 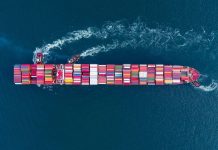 Mfame Team - July 27, 2016
0
Bulker Aground in Lake Superior New US Drone Ship May Change Naval Combat Forever.  Think of it as a Google Self-driving car, but that's...
Powered by Pojo Software Pvt.Ltd
This website uses cookies to improve your experience. We'll assume you're ok with this, but you can opt-out if you wish.Accept Read More
Privacy & Cookies Policy
Necessary Always Enabled