Trucked LNG prices in southern China’s Pearl River Delta hit around Yuan 4,000/mt ($628/mt) by the end of May on the back of strong summer demand from both the power generation and industrial sectors, and amid growing electricity shortages in the heavily industrialized region, reports platts.

The strong downstream gas prices are in line with high spot LNG prices — the S&P Global Platts JKM, the benchmark price for spot LNG in northeast Asia, has been above $10/MMBtu since May 21, which implies an import cost of more than Yuan 3,750/mt for July-delivery cargoes after adding taxes and fee.

Peak summer trucked LNG prices in southern China are usually in the range of Yuan 3,000/mt to 3,500/mt, according to Chinese traders, who said a similar surge was last seen three years ago in 2018 when it rose to nearly Yuan 4,500/mt.

The strong demand is supporting LNG imports, and gas-fired generation in provinces like Guangdong is at full utilization to keep up with electricity demand, despite this week’s localized outbreak of COVID-19 in the provincial capital of Guangzhou.

However, at Yuan 4,000/mt, gas prices are also hovering at levels where rising fuel prices cannot be passed onto end-users in many sectors. Current trucked LNG prices are 11% higher month on month and around 43% higher year on year, according to traders and data provider Haoqi net on June 1.

Some factories have lowered their operating rates due to high gas prices, and some companies have reallocated production to other provinces where feedstock costs are not as high as Guangdong, according to a source in Foshan, one of the biggest manufacturing cities in the province, said.

Many gas-fired power plants in Guangdong province, the economic pacesetter of China and the heart of its manufacturing industry, have raised operating rates.

A source with China Southern Power Grid said electricity supply controls, implemented to prevent outages during peak hours, will last for the whole summer due to strong demand from the industrial sector, which has been flooded with orders amid wider economic recovery from COVID-19.

Both power supply and pipeline gas supply are being prioritized for residential use and high-value industries such as automobile manufacturers, and being curbed for low priority sectors as well as non-residential demand by state-owned utilities and gas distributors.

This has forced some industrial users to turn to imported LNG where possible despite higher prices, and an executive with a Guangdong-based utility said that while there were power shortages in some parts of China there isn’t a gas shortage, and gas-fired plants were already operating at high rates.

Electricity consumption in Guangdong saw a growth of nearly 30% in the first four months of this year, and industrial output increased by 23.7% year on year, with some local manufacturing companies’ power demand rising by 40% every month this year due to surging orders, state-owned Xinhua News Agency said in a report May 31.

Higher temperatures also drove power demand, with the May average in Guangdong about 4 degrees Celsius higher than the previous year, which is estimated to add an additional 12 million kW of summer electricity demand, Xinhua noted, citing the China Southern Power Grid.

Additionally, nearly half of the hydropower imported by Guangdong from hydro-rich Yunnan province, has been hit by several months of drought, further exacerbating power shortages.

Meanwhile, some natural gas buyers in northern and eastern China have been gradually switching to pipeline gas, where it is available, from LNG due to the high prices, which is a complete reversal from last year when buyers switched to LNG when spot prices had sunk below $3/MMBtu.

Trucked LNG prices were estimated at around Yuan 3,750/mt and Yuan 3,850/mt in China’s northern Beijing-Tianjin-Hebei region and the Yangtse River Delta, both industrialized regions, on May 31, which was nearly 21% and 15% higher month on month, respectively, data from Haoqi net showed.

“LNG import terminals raised their trucked LNG prices in line with higher import costs for future arrivals, but demand for trucked LNG is a bit lackluster in the regions,” a trade source in north China said. Pipeline gas is typically linked to oil prices while trucked LNG brings in the imported fuel priced regionally. 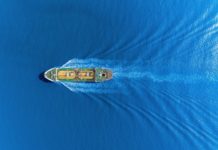 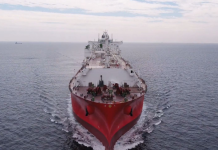 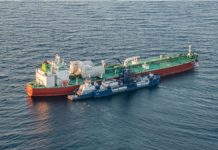