According to a Drewry report, the development of mega LNG liquefaction projects continues to suffer in a coronavirus (COVID-19)-impacted market with low demand, historically low LNG prices and an oil price war on the sidelines.

Meanwhile, the pandemic has spread to 60+ countries with more than 300,000 confirmed cases, which are rising at an alarming rate in countries such as Italy, Iran, the US, Japan, South Korea, Australia, Canada and India, with mass lockdowns impacting energy demand.

For 2020 we now expect LNG trade to grow by just 2% in 2020 due to low demand. A mild winter and a decline in Asian spot LNG prices have resulted in higher inventories in both Europe and Asia thereby impacting imports and we do not expect the scenario to change as the market enters the seasonal low-demand period.

Reduced LNG demand in Europe and Asia resulted in low LNG prices globally with the UK NBP price at $2.20 per MMBtu in March 2020, falling 29% from the start of the year while Asian spot LNG price declined to $3.40 per MMBtu in February from $5.90 per MMBtu in January.

The virus outbreak is also taking a toll on LNG production as securing funding as well as supply deals is becoming increasingly difficult for planned liquefaction projects. This, in addition to the weaker economic scenario, has forced energy companies to re-assess their investments which will impact the development of many mega-LNG projects.

Furthermore, as most of the long-term LNG contracts have oil-linked pricing, the collapse in oil price threatens the profitability of some of the major planned LNG projects. Oil prices tumbled in March 2020 after OPEC+ allies – Saudi Arabia and Russia – disagreed on further production cuts. Disagreement in the alliance has effectively allowed all countries to raise their production levels, flooding the market at a time when demand has collapsed under the COVID-19 strain.

After a bumper 2019 when 64 mtpa of liquefaction capacity reached the FID stage, many projects were in advanced stages of securing FID in 2020. However, depressed LNG prices and the impact of COVID-19 on LNG demand have led the developers to re-evaluate their strategies regarding the above projects which mean delays in reaching FID and commencement of operations. Major impacted projects include Rovuma LNG project (15.2 mtpa), Qatar’s North Field Expansion project (33 mtpa), Driftwood LNG (27.6 mtpa), Rio Grande LNG (27 mtpa) and Lake Charles (16.5 mtpa).

Continuation of current conditions might even lead to the scrapping of some of these planned projects. Many of the planned projects targeted selling LNG at an average of $8 per MMBtu; however, current market conditions and a further collapse in oil prices do not justify the price tag any longer.

The delay in these mega-LNG projects and limited liquefaction capacity addition are bound to have a ripple effect on the LNG shipping sector.

Going forward, we can expect slower fleet growth with low project-based or speculative orders. New liquefaction projects will find it hard to get off the drawing boards as investors will be looking for a diversified portfolio of supply and purchase contracts before committing to FID. The year 2020 is therefore expected to create a new “normal” for the LNG shipping business – from trade, shipping demand and charter rates – which will be much less attractive than previously expected. 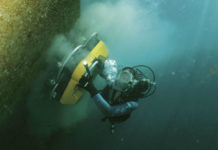 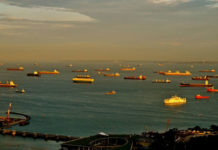 Mfame Team - November 8, 2017
0
The project involved the retrofitting of the 1,036-teu feeder container ship’s MAN 8L48/60B main engine to a multi-fuel, four-stroke MAN 51/60DF unit that enables...
Powered by Pojo Software Pvt.Ltd
This website uses cookies to improve your experience. We'll assume you're ok with this, but you can opt-out if you wish.Accept Read More
Privacy & Cookies Policy
Necessary Always Enabled