Asia’s low sulfur fuel oil refining margins have plunged to their weakest level in 2.5 years, weighed down by expectations for abundant supplies in coming weeks as higher volumes of arbitrage cargoes were likely to flow into Asia toward late December and in January, reports SP Global.

The front-month marine fuel crack, which has crunched nearly 49% so far in December, was pegged at around $4.50/b in mid-afternoon trade Dec. 15.

“I think the reason why LSFO cracks are free falling is that there’s no doubt we are coming to to a period where we’re going to receive so many cargoes [into the region]. A lot of LSFO is already pointing our way and there’s no way to push it elsewhere,” a Singapore-based trader said.

The recent weakness in LSFO cracks would definitely cause some reaction in arbitrage flows and refinery production, but the reason why people are not buying up the lows is because everyone’s worried about more supplies coming from Kuwait Petroleum Corp’s Al Zour refinery in coming days, he added.

KPC sold its first low sulfur fuel oil cargo totaling 100,000 mt from its new Al Zour refinery in November, and market sources expect the refinery, once fully operational, to change the LSFO trade flows as the Middle East is not currently an exporter of LSFO, and Singapore, which currently imports LSFO mainly from Europe and the Americas, will be one of the main destinations of Kuwaiti LSFO.

Traders now expect December arbitrage arrivals from the West to be in line with November inflows, if not higher, when 1.5 million-1.8 million mt of fuel oil were likely to have landed in Singapore. January arbitrage arrivals are expected to be even higher, traders said.

Trade sources also said they do not expect any major incremental LSFO demand coming from power generation sectors in Japan and South Korea ahead of the upcoming peak winter.

“It’s possible that some demand support might come from Japan” if winter gets harsher, another trader said. “It would depend on the marginal spot import requirements from the power generation sector, but I’m not seeing much of an activity from the Japan side [at the moment],” he added.

Even though available LSFO supply for ex-wharf loadings in H1 December was seen tighter than in November, prompt cargoes were still offered for loading during the second half of December while term ex-wharf valuations for January-loading dates were seen softening amid expectations of rising inventories.

In comparison, ex-wharf marine fuel 0.5%S cargoes for term contractual supply in December were inked at higher premiums of around low-$20s/mt to $30/mt, traders also said.

LSFO inventory drawdowns could slow as spot trading activity for delivered marine fuel 0.5%S was seen ranging between below-average to moderate at best since December compared to November, despite the thinner barge availability for prompt deliveries owing to the steadier stream of term contract nominations and advanced fixing of bunkering slots ahead of the end-year festive season, local suppliers also said. 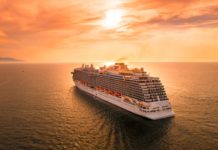 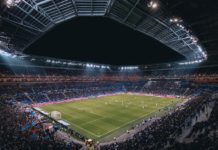