In a move that startled the world, the shipping giant Maersk announced the departure of their Chief Operating Officer,Søren Toft.

According to a press release published on its website, the company says that Chief Operating Officer (COO) Søren Toft has decided to pursue another opportunity outside the company and will leave A.P. Møller – Mærsk A/S effective from yesterday.

CEO Søren Skou will take on the responsibilities of the COO in the interim.

About the Outgoing COO

The New COO on the Outgoing COO

The Loadstar reported the interim COO appreciating the outgoing COO with these comments:

“I have worked with Søren for many years, and I appreciate his many contributions to AP Møller-Maersk. He leaves an agile and strong operating organisation and we all wish Søren the very best in the future,” said Mr Skou.

Mr Toft was appointed Maersk Line chief operating officer in 2014, and a little under two years ago was promoted – along with Mr Clerc and Mr Englestoft – to the Maersk group management board and was heavily involved in its takeover of Hamburg Süd. He has been a key figure in in Maersk’s subsequent strategic reorientation to become a “container logistics integrator”, Skou added.

A.P. Moller – Maersk is an integrated transport and logistics company with multiple brands and is a global leader in container shipping and ports. The company employs roughly 76,000 employees across operations in 130 countries. 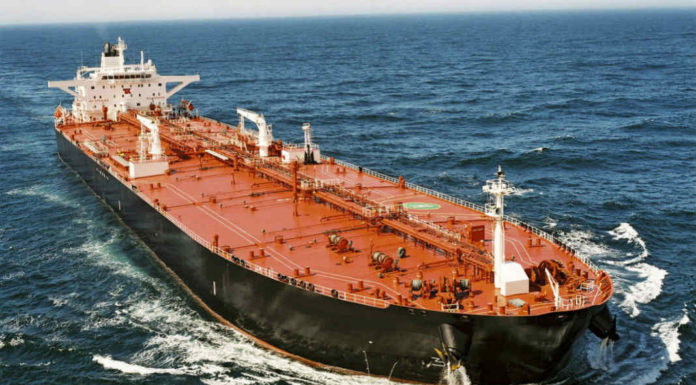 Boom and Bust: History of the Crude Tanker Industry

Flying the Flag for Women Leaders in Shipping