“We have announced internally the need to save cost in our head office functions and that it will also lead to reductions both in and outside Denmark,” a Maersk spokesman said.

“We do not yet know the exact extent or how many are affected, but this is something we are currently discussing.”

People with knowledge of the matter said around 200 jobs will be cut at the company’s headquarters in Copenhagen and at Hamburg Süd, the German container operator that Maersk bought in 2017.

The cuts come as Maersk is seeking to expand its business, which is largely focused on ocean container transport, to do more end-to-end logistics, particularly inland supply services such as warehousing and customs clearance.

“Maersk needs to build up our non-ocean services and this will affect ocean services,” one person familiar with the plan said.

This person said there are overlaps in jobs at the information technology department following the merger with Hamburg Süd, which originally saw its workforce cut by 200 people to around 900 after Maersk’s takeover.

Maersk Chief Executive Søren Skou said this month that he plans to invest hundreds of millions of dollars in expanding inland logistics services next year.

The parent company this month reported a net profit of $520 million in the third quarter, up 30% from $396 million a year earlier.

Maersk and other ocean carriers also face an average increase of 25% in their fuel bills when vessels will have to start using cleaner fuels as part of a regulatory mandate to cut sulfur emissions. 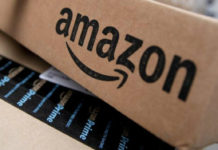 Amazon To Launch Its Annual Job Fair With 55,000 Vacancies