2022 has not started off as we had hoped

“Unfortunately, 2022 has not started off as we had hoped,” the carrier said. “The pandemic is still going strong and we are seeing new outbreaks impacting our ability to move your cargo.”

The carrier said the situation was “particularly challenging at several hub ports and gateway terminals”.

However, Maersk was able to report a significant improvement at its Antwerp terminals, where vessel berthing delays have reduced from “up to 10 days” at the beginning of the year, to two-four days currently – but yard density is still at a “critical” 85%.

Last month, Maersk announced that the 2M AE1/Shogun loop would omit its Felixstowe call from the beginning of this year and consolidate cargo on the AE55/Griffin service, due to “exceptional waiting time and congestion” at the port. As a consequence, the remaining call will see the pro-forma stay of its service extended at Felixstowe as it, in theory, doubles-up on the container exchange.

Felixstowe, which has already lost the direct call of the 2M’s AE7/Condor loop, said it “welcomed” the changes to the alliance’s schedule.

“Combining both services into a single call will provide a faster, more efficient and more reliable service for shippers,” it said, denying reports of landside congestion.

Nevertheless, a considerable amount of cargo destined for Felixstowe on 2M sailings from Asia is currently being discharged at Wilhelmshaven in Germany, as well as in Antwerp.

However, according to anecdotal reports from shippers to The Loadstar, the relay of the the overcarried containers is taking up to four weeks, attributed by the lines to a shortage of feeder tonnage and open berths at Felixstowe.

Maersk said that it was endeavouring to minimise delays and asked its customers to “bear with us while we manage the overall situation as best as we can”.

In order to secure their supply chains, UK shippers and retailers have been obliged to look towards entrepreneurial NVOCC services using chartered multipurpose tonnage and discharging at smaller ports, away from the congested southern container hubs.

In fact, the north-east port of Tyne handled its first direct vessel from China last week at its South Shields facility. It said: “The vessel was utilised by a number of leading retailers to ensure a wide range of consumer goods from well-known brands would arrive in time for peak trading periods.”

According to The Loadstar’s enquiries, the call was made as part of the DKT-Allseas ad-hoc China to Liverpool service, diverted at the last minute due to port congestion at the north-west container port.

The Darren Wright-led Allseas Global Logistics subsidiary has chartered tonnage as a vehicle for its China Xpress NVOCC service to Liverpool, including the 12,300 dwt, 24-year-old MPV Ronnie. 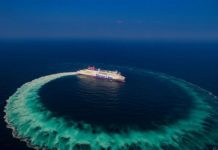 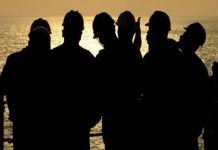 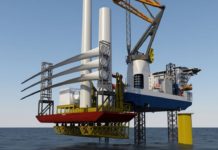