Malaysia will send back some 3,000 metric tons (3,300 tons) of non-recyclable plastic waste to countries such as the U.S., U.K., Canada and Australia in a move to avoid becoming a dumping ground for rich nations, reports Aljazeera.

Why this sudden move?

Environment Minister Yeo Bee Yin said on Tuesday that 60 containers stacked with contaminated waste were smuggled in en route to illegal processing facilities in Malaysia and will be sent back to their countries of origin.

“This is probably just the tip of the iceberg [due] to the banning of plastic waste by China,” Yeo told a news conference. Earlier this month, the government also sent back five containers of waste to Spain.

Not a dumping ground

“Malaysia will not be a dumping ground to the world … we will fight back. Even though we are a small country, we can’t be bullied by developed countries.”

Ten containers will be shipped back within two weeks, Yeo said, from a port outside the capital, Kuala Lumpur.

The waste included cables from the UK, contaminated milk cartons from Australia and CDs from Bangladesh, as well as bales of electronic and household waste from the US, Canada, Japan, Saudi Arabia and China.

Yeo said the waste from China appeared to be rubbish from France and other countries that had been rerouted after Beijing’s ban.

In one case alone, Yeo said, a British recycling company exported more than 50,000 metric tonnes of plastic waste in about 1,000 containers to Malaysia over the past two years.

The government has clamped down on dozens of illegal plastic recycling facilities that had mushroomed across the country, shuttering more than 150 plants since last July. Yeo said China’s plastic waste ban had “opened up the eyes of the world to see that we have a huge garbage and recycling problem”.

She urged the developed countries to review their management of plastic waste and “stop shipping the garbage out to the developing countries”, calling such practices “unfair and uncivilised”.

Malaysia’s move comes amid an escalating diplomatic row between Canada and the Philippines over truckloads of rotting rubbish shipped to the Pacific island nation years ago.

The Canadian government said last week it had finally hired a shipping company to bring back the rubbish by the end of June.

Growing concerns about plastic pollution in oceans and stories of dead whales with plastic in their stomachs, together with China’s decision to stop processing waste, have prompted nations to take more drastic steps to tackle the issue.

Marine litter has particularly come under the spotlight because 85 percent of it is plastic.

According to the World Wide Fund for Nature (WWF), the world now produces nearly 300 million tonnes of plastic every year, and most of it is not being recycled.

In a report published in March, the environmental organisation documented a dramatic rise in the production of single-use plastics since the year 2000.

An additional 104 million metric tonnes of plastic is at risk of leakage to our ecosystems by 2030 without a drastic change in approach, it warned.

More plastics than fishes in ocean?

At the current rate, by 2050, the oceans will contain more plastic than fish, according to the World Economic Forum.

Earlier this year, European Union legislators overwhelmingly approved a ban on single-use plastic items – including straws, forks, knives and cotton buds – to counter pollution amid efforts to push manufacturers to step up their recycling efforts.

The measure, which will take effect in 2021, targets the top 10 disposable plastic products that wash up on European shores, provided that consumers have alternatives. 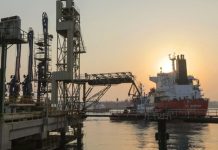 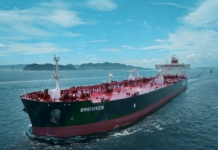 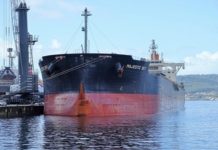