Wider in Italy has selected a pair of MAN 12V175D-MEV marine variable-speed genset engines for its new Moonflower 72 Project. The Wider serial hybrid propulsion system is made up of two 1,860 kW-rated variable speed engines and 1 MWh battery bank.

In combination with the permanent magnet alternators providing electric power for a DC grid, the MAN 175D engines are ideal for guaranteeing the lowest fuel-consumption at variable speed. Both engines will be supplied along with MAN Energy Solutions’ versatile and efficient SCR exhaust gas after-treatment system, enabling the vessel to meet IMO Tier III emission standards.

MAN Energy Solutions production facility in Denmark will deliver the engines to Wider in April 2023.

Marcello Maggi who heads W-Fin Sarl, the holding company that owns 100% of WIDER’s equity,said: “The Wider Engineering Team is extremely excited about this new and very innovative project. The choice to equip the project with only two diesel generators gave us the possibility to optimise the space and the layout of the engine room without compromising performance and safety. In fact, the focus was to increase the global efficiency of the complete propulsion system and we believe that – with the combination of the Wider Management System, batteries and especially the MAN 175D engine – we have found the right balance. As such, this set-up has a further 7% optimization on the already excellent performances of previous Wider projects”.

Luciano Cardini, Head of Wider Engineering, said: “To comment further on the generators’ amazing features, we would note the double shock-absorbing installation that cuts structural vibrations completely, a very compact SCR system integrated into a very innovative exhaust system, and a TBO of an amazing 30,000 hours!”

Florian Keiler, Sales Manager High-Speed for Worldwide Yacht applications, MAN Energy Solutions, said: “This is the latest reference for the MAN 175D engine within the superyacht market. It clearly demonstrates that the MAN 175D is ideally suited to such an innovative application, where its technical and economical credentials stand it in good stead, while its compactness, performance and operational cost benefits are all seen as key aspects for our customers.”

About the MAN 175D engine

MAN Energy Solutions has developed the MAN 175D engine range to supplement and complete its product portfolio in the maritime sector. In three variants of 12, 16 and 20 cylinders, the engine is available with an output ranging from 1,500 to 4,400 Kilowatts and is optimised for propelling ferries, offshore support ships, tugs and other working vessels. Other market areas, such as superyachts, planing yachts and naval marine applications are also served by additional engine variants.

It is also an extremely eco-friendly engine, having been designed from the outset with a combination of low fuel-consumption, coupled with compliance with the latest exhaust-gas emission standards. It also takes into consideration future requirements by utilising a very compact and flexible SCR system, which enables vessel designers to optimise space on board to the maximum.

Wider Yachts was established in 2010 in Pesaro-Urbino, Italy.

Shortly after, Wider opened a site in Ancona, in the port’s industrial area, where now the headquarter is still based. The shipyard pioneered the introduction of hybrid-electric technology for the propulsion and “hotel” services of its yachts. This technology remains unsurpassed to this day and has been successfully implemented on two yachts – a 45-metre yacht that has been sailing since 2015 and a 52-metre yacht launched in 2019.

In 2019 Marcello Maggi, a seasoned expert in the field who had been following the shipyard and its ground-breaking technology for some time, pondered the opportunity to acquire the company and closed the deal. He brought in Fabio Fraternale and together, they gave great impetus to the design of new models and began working on the company’s growth strategy.

In 2022 Wider unveiled the new WiderCat 92, the first multihull in the history of the shipyard and began the construction of Moonflower 72 superyacht. Both are equipped with the state-of-the-art Wider serial hybrid propulsion system. 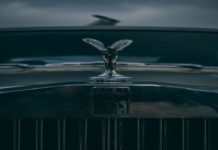 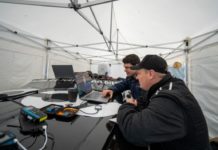