The oil price crash in 2014 has had a catastrophic effect on the offshore and marine sector – one of the jewels in the Singapore economy – and while the pain lingers, some light has appeared at the end of the tunnel.

No one is talking about a major rebound yet but the rig-building industry, for one, has been on the mend in recent months as market activity continues to pick up, albeit slowly. This could mark the beginning of an overdue recovery for the world’s two biggest firms in the sector – Keppel Offshore & Marine (Keppel O&M) and Sembcorp Marine.

That said, both firms are clearly doing more than just waiting around for a full-blown turnaround.

Keppel O&M and SembMarine have been making headway by expanding beyond the rig-building market and into new areas – moves that should continue to strengthen Singapore’s position as a hub for marine and offshore engineering.

The two Singapore yards recently improved their cash flow by selling repudiated rigs to Oslo-based drilling contractor Borr Drilling. These rigs had been cancelled earlier by customers after oil prices plunged and made exploration activity unsustainable.

Keppel O&M announced in June that Borr is taking over the construction contracts of five jack-up rigs initially ordered by Transocean. Borr bought each rig at US$216 million (S$294 million), not too far from the original price of US$219 million.

And earlier this month, SembMarine confirmed it will sell nine jack-up drilling rigs to Borr for US$1.3 billion. Six had been terminated with their original customers, while the other three were from options that customers failed to exercise.

The transaction is expected to result in a loss of about $15 million, but will “significantly improve the liquidity position of the company”, SembMarine said.

Borr has no doubt drawn confidence from the rise in oil prices – Brent crude now hovers around US$57 a barrel, much improved from the US$29 seen early last year.

Indeed, things do seem to be turning around in the market, going by the growing number of other deals taking place. These include big-scale mergers and acquisitions among rig owners, such as London-based Ensco’s recent all-stock buyout of Atwood Oceanics.

UOB Kay Hian analyst Foo Zhi Wei said that around 57 per cent of the world’s jack-up rigs – which drill oil from oceanic reservoirs – were in use in the first quarter of the year, a rate that has bottomed out and held up at about 60 per cent in recent months.

He added that sentiment has improved since production cuts by the Organisation of Petroleum Exporting Countries last December, which have kept oil prices stable.

This has buoyed the exploration and production players, which have ramped up activity while taking advantage of the drop in day charter rates for rigs, said Mr Foo.

“Most contractors are of the belief that the worst is over, but are not expecting a V-shaped recovery… because the market remains mostly oversupplied,” he added. “So the fact that pricing remains suppressed and the market has bottomed out is what has been drawing out all the deal hunters like Borr Drilling.”

What all of this means, for now, is that instead of waiting for a more pronounced recovery in the rig market, the two Singapore yards should use the opportunity to diversify out of an over-reliance on rigs, a strategy they are already undertaking.

Keppel O&M has taken big steps to ramp up efforts in new markets, especially in the wake of the oil price collapse. Even though orders for new rigs have dried up, the company has secured contracts of slightly over $1 billion to date this year, including those in new areas relating to liquefied natural gas (LNG) container ships and carriers.

Last week, it delivered the world’s first converted floating liquefaction vessel, the Hilli Episeyo. And its joint venture with Shell, called FueLNG, carried out the first commercial LNG bunker transfer in Singapore for the Hilli Episeyo.

Keppel O&M said last month that it may repurpose its offshore technology so that it can be used to build floating desalination plants, floating data centres, aquaculture or offshore fish farms, and offshore logistics hubs.

Such a transformation – moving out of rig building as the mainstay and into new businesses – would be significant but not unprecedented.

The global shipbuilding slump in the 1980s that helped send Singapore plunging into recession prompted Keppel Shipyard (as the group was known then) to steer further away from shipbuilding to focus in a bigger way on rigs. In 1986, Keppel Shipyard changed its name to Keppel Corporation, which remains listed on the Singapore Exchange today.

SembMarine, for its part, is also making progress in the fast-growing gas market.

Just last month, for instance, the company inked letters of intent for at least two large compressed gas liquid carriers, which can transport gas and gas liquids together as a single cargo.

The recent improvements in SembMarine’s liquidity position could also mean more room for expanding out of rig building. KGI Securities analyst Joel Ng believes the Singapore yards are doing the right thing by easing away from a heavy reliance on rig building.

“They are in the early phases of their multi-year strategy of diversifying into growth areas in LNG-related solutions and conversion projects, although it will take time – at least another three to five years – before these efforts bear fruit,” said Mr Ng.

STILL A KEY PART OF ECONOMY

Mr Ang Ding Li, IHS Markit Asia-Pacific head of upstream cost research, agreed that diversifying is a step in the right direction, with the traditional rig-building market unlikely to fully recover in the next five to 10 years.

But the bigger question is whether the Singapore firms should move out of the rig-building business altogether.

“We should not distance ourselves too much from the rig market because we spent decades building up that reputation,” said Mr Ang, noting that Singapore has an edge in ship repair because of its location, whereas it has never had an advantage in shipbuilding, even in the 1980s.

He noted that there are some alternative rig-related markets the two firms can look at, such as for rig repairs, modification, preservation, reactivation and high-specification Arctic-capable rigs.

“These will not replace the rig-building revenue lost, but they are pockets of opportunities related to rig-building that Singapore can ride on without having to abandon its strength in rig building completely.”

That said, whatever form its businesses take, the offshore and marine engineering industry remains an important one for Singapore, contributing 1.3 per cent to the economy in 2015, with a value-add of $4.95 billion.

The numbers may be less impressive than the 1.9 per cent gross domestic product contribution seen in 2014, with a $7.15 billion value-add, but the fact remains that Singapore continues to hold around 70 per cent of the global market for jack-up rig manufacturing as well as FPSO vessel conversion. This is a position that must not be easily relinquished.

The sector also provided jobs for 85,600 people last year, accounting for nearly 20 per cent of total manufacturing employment here. These are jobs with possibly more prospect and progression than those in the gig economy today, when the upturn does arrive.

Whatever form its businesses take, the offshore and marine engineering industry remains an important one for Singapore, contributing 1.3 per cent to the economy in 2015, with a value-add of $4.95 billion. 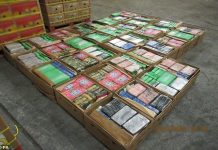 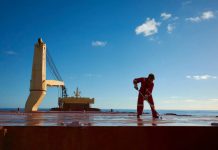