The sombre mood encircling global trade in 2016, caused the maritime industry to sail through choppy waters, while forcing players to realign strategies to sustain business.

The lower global economic growth forecast of 2.4 per cent for the year, was also a downward revision from an earlier projection of 2.9 per cent.

This has forced the players to continue to be wary of 2017 and its static outlook.

This would reinforce its position as a regional commodity hub as well as create new focus areas – including a steel hub – to curb the impact of the economic slowdown.

The Baltic Dry Index (BDI), which measures shipping costs for commodities including iron ore, copper and steel, surged 325 per cent to 1,204 points, from an all-time low of 290 points in February this year.

As the shipping activity winds down with the year coming to an end, things are expected to remain quiet, at least until the Lunar New Year holiday at end-January 2017.

For this year, among the other developments in the maritime industry was the acquisition of Baltic Exchange Ltd on Nov 8 by the Singapore Exchange Ltd for S$149.6 million.

However, Baltic Exchange which is the global centre for maritime trade and a clearing house for shipping contracts, will still remain at its current base in London.

As for the merchant fleet, the Germany-based ISL Institute of Shipping Economics and Logistics, said it had been steadily falling with dry bulk vessel orders declining sharply in 2015 to 18 million deadweight tonnage (dwt) from 63 million dwt in 2014.

On the home front at present, Malaysia’a registered tonnage depleted to 8.608 million dwt from 9.472 million dwt in 2012.

According to data retrieved from the Malaysia Shipowners Association (MASA) and Malaysia Offshore Support Vessel Association (MOSVA), there were 101 vessels lying idle in March 2016, 59 in June and 67 in August.

These offshore support vessels(OSVs) mainly transport liquefied natural gas to the Far East and as for petroleum cargo, within Malaysia.

Also weighing on the OSV activities, is the downtrend in global oil prices with the benchmark Brent Crude currently trading at US$55.21 per barrel, while West Texas Intermediate (WTI) Crude lingers around US$51.9 per barrel.

Most analysts are predicting prices to settle at US$50 per barrel in 2017, far from a favourable level.

Another news that sent a tsunami of sorts through the global shipping waters, was the bankruptcy of the world’s seventh-largest integrated and containers transport company, Hanjin Shipping Co Ltd of South Korea.

The company used to transport over 100 million tonnes of cargo annually.

The news had a hard knock-on effect on global sea freight as Hanjin’s ships were not allowed to dock at most international ports, with some stranded in the open seas.

However, the Hanjin scenario had no effect on local port operators.

Mitsui OSK, CMA CGM and Maersk Line are examples of 11 global shipping companies that announced huge losses in the past.

“Container freight rates have also improved significantly with Hanjin’s bankruptcy, and this should help the revenue of all other container lines,” he added.

Ruben also noted that Westports did not have vessel calls by Hanjin after the latter’s decision to file for receivership on Aug 31, 2016.

In addition, Hanjin’s volume with Westports is relatively small, so the amount in arrears is also insignificant.

As for the shipbuilding and ship repairing (SBSR) industry, players are hoping for storm clouds surrounding it this year to disappear in 2017, while banking on the reactivation of oil and gas industry (O&G) activities, particularly in drilling and exploration in domestic marginal fields.

“In the first half of 2016, I can say, it looked like there was no light at the end of the tunnel and we had reached rock bottom.

Thus, for next year, something needs to be done to light up the industry,” he told Bernama.

However, on consolidation and merger and acquisition activities among local players, Ooi said the scenario is unlikely, as most shipyards and shipping facilities are scattered in the Peninsular, Sabah and Sarawak.

To date, there are 100 shipyards in Malaysia, of which 72 are operating in Sarawak, with Sibu having the most number at 78, Miri 36 and Bintulu 10.

All these shipyards specialise in building and repairing small to medium-sized vessels such as tugboats, OSVs, barges, anchor handlers and passenger boats.

Amid the tough economic scenario, small shipyard operators claim that the situation had actually been benefiting them.

“The large container ship are affected due to the economic slowdown, but similar smaller vessels are busy handling cargo.”

It actually enhances the domestic bulk-shipping segment, which takes cargo from the Peninsular to Sarawak.

“Medium range vessels suffered because cargo shipment is getting lesser.

But, as for the smaller ships, the frequency of shipping is more, although shipments are smaller in capacity,” he said.

He added that only a meagre 15 per cent of Sarawak’s shipowners are associated with the O&G sector.

It is also worth noting that the Sarawak state government has outlined a roadmap, involving shipbuilding expansion in Rantau Panjang, Sibu.

Land of 41 hectares has been identified and the state government is seeking funding of about RM76 million from the Federal government for the expansion.

This is on top of the RM10 million allocated under the state government’s 2017 Budget to upgrade the existing Rantau Panjang shipbuilding estate.

The state government will also expand the shipbuilding industry in Tanjung Manis and Samalaju in Bintulu as it is one of the trigger industries in the Sarawak Corridor of Renewable Energy.

Meanwhile, MASA Chairman Datuk Ir Nordin Mat Yusoff urged the government to intervene and assist local shipowners financially, via exemption from the Goods and Services Tax, to boost the industry’s performance amid the difficult environment.

“Apart from this, we need to review the Merchant Shipping Ordinance 1952 and speed the launch of the Malaysia Shipping Master Plan, along with the reactivation of the National Shipping Council (NSC) chaired by the Transport Minister,” he added.

Under Malaysia’s Entry Point Project (EPP) plan, the government aims to develop the country as a SBSR hub and generate gross national income of RM3.14 billion in five years.

This EPP focuses on providing competitive pricing, enhanced facilities and increased capabilities for the shipbuilding and maintenance, repair and overhaul (MRO) market to cater to the growing shipbuilding and repair industry.

Meanwhile, at the global level, the pledge by US president-elect Donald Trump for a US$1 trillion infrastructure package, will be a boon for vessel owners ferrying iron ore and other commodities around the world.

Thus, it will push global seaborne trade to be more aggressive in 2017. 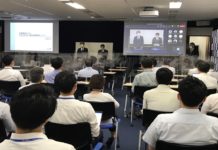 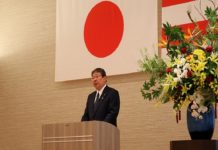