The maritime shipping sector is facing difficulties caused by strong drops in its workforce.

Statistics of the Vietnam Maritime Administration (VMA) showed the workforce of the industry dropped from more than 45,000 in 2014 to over 39,000 in May 2018, with the highest fall seen in the number of sailors.

According to Vu Khac Cuong, head of the VMA’s Register Ships and Seafarers, a large number of sailors quitted in the past time, while maritime colleges are no longer attractive to high school graduates.

Director of the Tan Dai Duong (New Ocean) Shipping JSC Vo Hong Khanh said there are many reasons for sailors to quit, one of which is low pay and insecure welfare.

He noted that average monthly salary of Vietnamese sailors is around 10 million VND (nearly 440 USD) compared to 14-15 million VND in China and 1,300-1,500 USD in Japan or the Republic of Korea.

In addition, many Vietnamese ship owners do not buy insurance for sailors, or if they do, the maximum payment for a sailor in case of an accident is around 30 million VND (around 1,310 USD), while sailors on Japanese or RoK ships are eligible for between 25,000-40,000 USD.

Khanh added that while Vietnamese sailors working for foreign ships are exempted from personal income tax, those working on domestic ships are not, which is unfair.

On the other hand, ship owners said it is difficult for them to raise the salary for sailors.

Many ship owners are also facing the risk of bankruptcy if there is no timely policy from management agencies in terms of finance and administrative procedures, Then said.

In order to keep and attract more workers to the sector, Bui Viet Hoai, Deputy Director General of the Vietnam National Shipping Lines (Vinalines) suggested that training establishments should cooperate with prestige shipping companies to provide trainees with opportunities to practise in a professional environment and find job after graduation.

According to Bui Thien Thu, Deputy Director of the VMA, the administration aims to raise the maritime workforce to 42,000 by 2020. 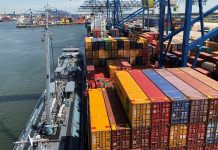