According to an article published in Splash247, MCTC’s recent health and nutrition conference discusses the poor nutrition health in seafarers.

Poor nutrition is not about how much food is being consumed but more about what food we are putting into our bodies.

This was one of the messages that came out of a virtual health and nutrition conference held by catering management and training provider MCTC, on January 28. The international company runs a full catering management service, including a range of catering training courses for crews.

The conference was attended by over 420 shipmanagers, operators and companies from across the industry who heard discussions surrounding the correlation between mental health and poor nutrition, the cost savings involved in investing in catering management and training, the health issues and what over reliance on sugar can lead to, and how to achieve good nutrition onboard for crews.

Poor nutrition can be defined as both the over and under-consumption of food, which can lead to health issues, including eating disorders, obesity, reduced energy, and diet-related conditions such as high blood pressure, gastrointestinal diseases and type II diabetes, MCTC nutritionist Nichole Stylianou explained at the conference.

It can also lead to many other factors that can affect how a seafarer performs while on the job, including bad sleep, memory loss, low self-esteem and a weaker immune system.

Stylianou went on to explain that companies can take steps to help their crew members to make the right food choices. They can do this by: Encouraging them to eat four meals a day; Plan their meals for the day; Eat from all the food groups daily; Learn to read food labels; Try to use the food guide pyramid; Eliminate saturated fat, processed food and sugar from diet; And to ensure they take it easy in their downtime.

Mental Health Support Solutions (MHSS) spoke to delegates about the psychology surrounding choosing to eat fast and low-quality meals over healthy ones.

Although in the short-term providing food with no emphasis on good nutrition may keep seafarers who are used to consuming high levels of sugar happy, in the long-term it can lead to other consequences, such as poor mental health, low levels of energy, irritability and low levels of fitness, which all impact on how well an individual can perform his or her duties.

Interestingly, clinical psychologist Charles Watkins, managing director at MHSS, explained how we often have an emotional connection to a particular food, and we crave the feeling we get from a particular food, such as a burger or pizza, rather than the food itself.

Similar to addictive substances such as drugs, alcohol and nicotine, sugar can also be an addictive additive.

“The closer you can pair a stimulus with a reward the stronger the association will be. Meaning, the faster the drug reaches your brain the more addictive properties it has. Fast food includes a lot of sugar to keep you addicted,” Watkins explained.

Multiples studies have found a link between diets high in sugar and depression. Overconsumption of sugar triggers imbalances to certain brain chemicals. These imbalances can lead to depression and may even lead to an increased risk of long-term mental health disorder in some people.

Sophia Onken, clinical psychologist and partner at MHSS, described the Stanford Marshmallow Experiment to illustrate the point, where 32 children, aged between three and six, were put into one room where they were tasked to eat a marshmallow straight away or wait 15 minutes to get another marshmallow. The study revealed that several years later the children who waited, showed more positive attributes, such as better academic results, higher stress tolerance, better ability to plan and reason and exhibited more self-control.

The experiment shows how self-control and making conscious choices of food can result in good health and better success, Onken said. 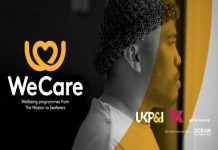 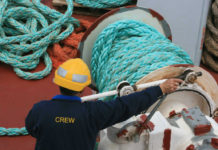