Though supremely efficient at sea, Emma and the even larger ships that followed in her wake became a nightmare.

By making freight transportation slower and less reliable than it had been decades earlier, they helped to stifle the globalization of manufacturing well before Brexit, Donald Trump and Covid-19 came along.

Container ships, the workhorses of globalization

Before Emma, each new generation of ships since the dawn of the container age in 1956 had been slightly larger than the one before.

The rationale was straightforward: On a per-container basis, a larger vessel cost less to build and operate than a smaller one, allowing the owner to undercut competitors’ cargo rates and still earn a healthy profit.

Their size was expected to give Emma and her sister ships an immense cost advantage on the most important route in shipping, the roughly 14,000-mile haul between China and northern Europe. Maersk forecast in 2006 that a global trade boom would double the demand for container shipping by 2016. Its concern was having enough ships to handle all that cargo.

But the expected trade boom never occurred. Instead, international trade collapsed amid the financial crisis in 2008-09, and when it picked up again, its growth was far weaker than before. In the decade before the crisis, trade had expanded by 78%. In the decade after 2008, it increased less than half as much.

Merchandise trade — exports plus imports — came to 51% of the world’s economic output in 2008, but hasn’t reached that share again.

By the early 2010s, there simply weren’t enough container loads to fill all the new capacity. Had the U.S. imported as much in 2016 as it did in 2011, relative to GDP, an additional half-trillion dollars of imports would have entered the country in a single year.

The survivors sought shelter in alliances with competitors, in hopes that several ship lines working together could generate sufficient cargo to fill their ships.

The megaships themselves, though, played a role in slowing the growth of trade. As ship lines trimmed capacity by anchoring vessels and canceling services, a box filled with time-sensitive merchandise might have to sit longer at the port before it could be loaded aboard ship.

Discharging and reloading the vessel took longer as well, and not only because there were more boxes to put off and on.

The new ships were much wider than their predecessors, so each of the giant shoreside cranes needed to reach a greater distance before picking up an inbound container and bringing it to the wharf, adding seconds to the average time required to move each box.

Thousands more boxes multiplied by more handling time per box could add hours, or even days, to the average port call. Delays were legion.

Megaships travel at 17 or 18 knots

Once, container ships would have been able to make up those delays en route. But that was, and is, no longer possible. To save fuel and reduce greenhouse gas emissions, recent generations of vessels are uniformly designed to steam more slowly than their predecessors.

And where earlier ships were able to speed up if required to get back on schedule, the megaships cannot. By 2018, 30% of the ships leaving China departed late.

Land side of international logistics

The land side of international logistics was scrambled as well. At the ports, it was feast or famine: Fewer vessels called, but each one moved more boxes off and on, leaving equipment and infrastructure either unused or overwhelmed.

Mountains of boxes stuffed with imports and exports filled the patios at container terminals. The higher the stacks grew, the longer it took the stacker cranes to locate a particular box, remove it from the stack and place it aboard the transporter that would take it to be loaded aboard ship or to the rail yard or truck terminal for delivery to a customer.

And often enough, the partners in one of the four alliances that came to dominate ocean shipping didn’t use the same terminal in a particular port, requiring expensive truck trips just to transfer boxes from an inbound ship at one terminal to an outbound ship at another.

Today, much of the world’s trade moves in vessels far larger even than Emma Maersk, each able to carry more freight than 10,000 full-size trucks.

After a prolonged rate war, consolidation has finally allowed the carriers to push up cargo rates by idling ships, but hidden costs have soared.

Governments have picked up many of those costs, subsidizing international trade by funding higher bridges, deeper harbors, stronger wharves and larger cranes to accommodate megaships, as well as the vessels themselves.

Shippers have borne a considerable burden as well.

To reduce the risk that goods won’t arrive on time, businesses are keeping more inventory, shipping via multiple routings and producing in multiple factories rather than in giant sole-source plants.

With proper accounting, the globalization of manufacturers’ supply chains no longer seems such a bargain, regardless of whether populists and pandemics are raging.

Mr. Levinson is an economist and historian. This essay is adapted from his new book “Outside the Box: How Globalization Changed From Moving Stuff to Spreading Ideas,” published by Princeton University Press. 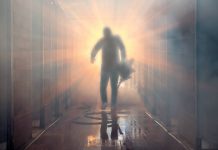 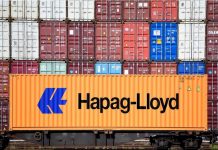