According to a source, a Meta employee purchased a 12-year lease for a condo on a cruise ship so he could continue working from home while travelling, as reported by Daily Mail.

Austin Wells, a 28-year-old employee of Reality Labs, Meta’s division for virtual reality, was one of the occupants on the MV Narrative, according to CNBC earlier this month.

For a fee, the cruise ship claims to let passengers live permanently at sea. This year, permanent studios of 237 square feet went on the market for $1 million.

Wells, a resident of San Diego, told CNBC that the chance to travel the world while keeping up some kind of a schedule that would allow him to continue working appealed to him. Additionally, the digital nomad’s cost was limited by the 12-year lease.

Wells told CNBC, “The thing that most thrills me is that I don’t have to change my everyday schedule in order to go travelling around the world.”

“I’m going from this model where you want to go somewhere, you pack a bag, you get on a flight, you rent a room, to now my condo, my gym, my doctors and dentists, all of my grocery stores travel the world with me.”

Wells told the publication that when the ship departs for Europe in 2025, he intends to keep working West Coast hours. Working particularly unsociable hours, such as early mornings and late evenings, are likely to come from that.

“But that does open up the ability for me to … maybe see a city midday to afternoon and then start my workday around six or 7 p.m,” he told CNBC.

The MV Narrative, operated by the upscale travel agency Storylines, offers passengers the chance to cruise 1,000 days around the world, stopping an average of three days at each port, and see all six continents.

Aside from all the amenities found on a luxury cruise ship, such as gyms and performances, the price tag covers almost everything a tenant could desire, including food, drink, laundry, and services. 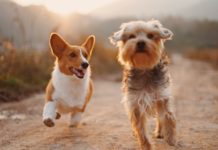 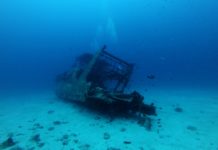