For nearly seven months the crew of a supply ship in Great Yarmouth have waited to be paid.

Last June an offshore supply vessel Malaviya Twenty was found, from a routine inspection at the Great Yarmouth, what unions describe as “modern-day slavery”– with 15 Indian crew who had not been paid for months while working in the oilfields of the North Sea.

Unwilling to desert the ship without getting paid, its crew have been left abandoned in the Norfolk port. Their fate offers a stark example of what an unfettered liberalised market does to a workforce – globalisation at its most raw.

The Malaviya Twenty, which has worked for major oil companies including BP, also stands as a symbol of the decline of the British shipping industry, where wages have been incessantly undercut to the point that cheap foreign labour can be exploited.

This week the crew’s captivity is scheduled to end after an Indian bank agreed to settle £320,000 in unpaid wages, allowing them to head home. “Hopefully it’s just a case of booking their flights home. It’s been a huge struggle but soon they’ll be free,” said Paul Keenan, an inspector for the International Transport Workers’ Federation, which has battled to recoup the crew’s missing wages.

One positive to emerge from the episode has been the reaction of Great Yarmouth. Crew describe a daily rollcall of residents from the town – which registered one of the highest votes (71.5%) to leave the EU in the June referendum – coming to the ship carrying flasks of coffee and biscuits. Ramesh recounts one visitor on Christmas Day. “A lady came up the gangway carrying a big bag of chocolates and fruit. She gave them to us and then left, she wouldn’t even leave her name. The people of Great Yarmouth have been extremely kind,” he said. 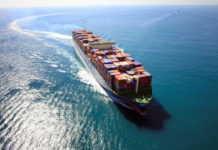 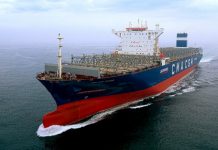