Launching an appeal for Pakistan, he said the country had been struck by a “monsoon on steroids”, and this could be the fate of any other country tomorrow as the planet was heeading towards destruction by climate change.

“The scale of needs is rising like the flood waters,” he said in a video message, announcing a flash appeal for $160 million. “This colossal crisis requires urgent, collective action to help the Government & people of Pakistan in their hour of need.”

The UN has said the funds will help provide 5.2 million people with food and water, health support, sanitation, education and protection.

The Pakistani people are facing a monsoon on steroids. More than 1000 people have been killed – with millions more lives shattered.

This colossal crisis requires urgent, collective action to help the Government & people of Pakistan in their hour of need. pic.twitter.com/aVFFy4Irwa

‘Climate Catastrophe’, ‘Hallmark Of A Crisis’

Planning minister Ahsan Iqbal has said their country needs $10 billion to rebuild the infrastructure damaged due to the flash floods that have inundated around a third of Pakistan in recent weeks.

“Massive damage has been caused to infrastructure — especially in the areas of telecommunications, roads, agriculture and livelihoods,” news agency AFP quoted Iqbal as saying.

In his video message on Tuesday, Guterres described the flooding as a “climate catastrophe”. He warned that people South Asia were 15 times more likely to die from climate impacts as the region is one of the world’s climate crisis “hotspots”.

Warning that climate change is destructing Earth, the UN chief said: “Today, it’s Pakistan. Tomorrow, it could be your country.” He said: “It is outrageous that climate action is being put on the back burner as global emissions of greenhouse gases are still rising, putting all of us – everywhere – in growing danger. Let’s stop sleepwalking towards the destruction of our planet by climate change.”

Quoting scientists, an AP report said the Pakistan floods had the hallmarks of a crisis, which was made worse by the climate breakdown, though it is early to formally blame global warming.

“This year Pakistan has received the highest rainfall in at least three decades. So far this year the rain is running at more than 780% above average levels,” Abid Qaiyum Suleri, executive director of the Sustainable Development Policy Institute and member of Pakistan’s Climate Change Council, was quoted as saying in the AP report. 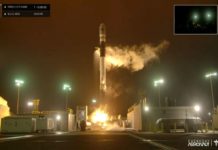