The sea trials for the shipbuilder’s first LNG ship, which is also slated to become the largest LNG cruise ship and one of the largest cruise ships in the world, MSC Cruises and Chantiers de l’Atlantique highlighted significant turning points in the development of LNG-powered cruise ships, says an article published in The Maritime Executive.

In preparation for her debut in service in November 2022, the MSC World Europa finished sea testing in the Atlantic last weekend.

The new cruise ship will be 1,092 feet long and weigh roughly 205,700 gross tonnes, making the MSC class of LNG-fueled ships more than 10% larger than the LNG cruise ship platform of Carnival Corporation.

The first vessel in the new class and the first LNG cruise ship from MSC is the MSC World Europa. In terms of size, she will only be surpassed by the Oasis class of Royal Caribbean International.

On June 15, the MSC World Europa sailed from Saint-Nazaire, France, for four days of testing. On June 18, it returned to the yard to continue its outfitting.

The ship’s manoeuvrability, fuel consumption, safety systems, speed, and stopping distances were all evaluated during the testing, which also included measuring the engine performance.

MSC is highlighting the broad range of new features incorporated into the design of the cruise ship ranging from restaurants and bars to passenger accommodations.

Like the Oasis Class, it features an open-air promenade running 341 feet in length with ocean views.

The cruise ship has 2,626 staterooms giving it maximum accommodations for 6,762 passengers plus approximately 2,100 crewmembers.

In order to lessen the environmental impact of its ships, MSC, a cruise line, is investing a lot of money in LNG and other technology.

The MSC World Europa and a sister ship, which will start building early next year at Chantiers de l’Atlantique, are among the three LNG-powered cruise ships in which the company says it is investing more than $3.14 billion.

The MSC Euribia, a sister ship of the Meraviglia Plus class and the first ship being built to run on LNG, was also floated out of the yard last weekend.

“We are actively investing in research and development regarding LNG, including a pilot LNG-powered solid oxide fuel cell onboard MSC World Europa. If bio or synthetic LNG was available at scale today, both our newbuilds could operate with net zero emissions from the very first day,” said Pierfrancesco Vago, Executive Chairman, Cruise Division of MSC Group.

A cutting-edge onboard wastewater treatment technology will be available on the MSC Euribia.

To ensure that no water leaves the ship without receiving specialised treatment that meets the highest criteria for water cleanliness, all wastewater generated on board will be directed toward the water treatment system.

The line, like others in the industry, has significantly reduced plastic waste by eliminating or substituting single-use plastic items.

Other waste materials will be collected and sorted for recycling.

Other systems on the MSC Eurasia will also have energy-saving technology that boosts effectiveness in areas like intelligent heating, ventilation, and air conditioning.

In June 2023, the MSC Euribia is expected to start carrying passengers. 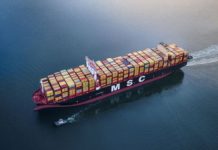 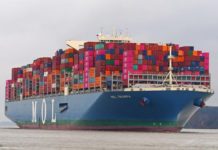