Sultan al-Jaber told delegates at the Adipec oil and gas exhibition in Abu Dhabi today that the UAE supports a pragmatic approach to the use of fossil fuels to ensure global demand is met during the transition to a lower-carbon energy system.

“While the world has agreed to accelerate the energy transition, it is still heavily reliant on oil and gas. As economies bounce back from the Covid-19 pandemic at the fastest rate in 50 years, demand has outpaced supply and after almost a decade of underinvestment in our industry the world has sleepwalked into a supply crunch. It is time to wake up.”

Al-Jaber’s warning comes after the UN Cop 26 climate change conference in Glasgow ended at the weekend with an agreement calling on countries to adopt policies to speed up “the phase-down of unabated coal power and phase out inefficient fossil fuel subsidies”.

It marked the first time that a UN Cop summit has explicitly mentioned coal and fossil fuel subsidies in its final cover text, although the language was watered down from previous drafts following an intervention from India and China.

Al-Jaber, who attended Cop 26 as the UAE’s special envoy for climate change, said the talks were a success “on balance”, despite the toning down of language in the final resolution.

The UAE has been selected to host the Cop 28 round of UN climate talks in 2023, and this will present a multi-trillion-dollar opportunity to rewire the global energy system, he said.

The UAE was the first Middle Eastern oil producer to set a target of becoming a net zero carbon economy by 2050.

But it is still pursuing a shorter-term expansion of production capacity across the hydrocarbons value chain, including Adnoc’s target to boost crude output capacity by 25pc to 5mn b/d by 2030.

Alongside investing in growing its oil capacity, Adnoc is trying to position itself as among the lowest cost and least carbon intensive oil producers in the world.

From January, the company will switch to using up to 100pc renewable or nuclear power for its oil and gas operations.

“This will significantly reduce Adnoc’s operational emissions. It brings us more than one-third of the way towards our 2030 carbon intensity target,” Al-Jaber said. 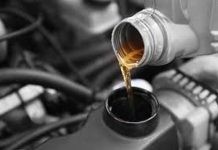