Natural gas tankers after the pandemic

Natural gas tankers in recent years provided a seemingly surefire way for shipping investors and vessel operators to tap into changing energy markets and the raft of U.S. export projects aimed at meeting demand in Asia.

But the coronavirus pandemic is hitting the market for natural gas hard, undercutting hopes for a rich new vein for profits on the water.

It is making the business of transporting liquefied natural gas look more like other sectors that have been sending operators of oceangoing cargo ships through wild peaks and valleys.

Some gas projects are now being put on hold on the back of record low prices and brimming storage facilities, and some operators are pushing back orders for the new vessels they had been counting on as big profit engines.

With the world economy now projected to shrink by 3% this year, according to the International Monetary Fund, shipowners are having second thoughts about spending billions on new tankers.

Middle East energy giant Saudi Aramco and its shipping arm Bahri have put on hold their planned entry this year into LNG shipping, pushing back an order of a dozen gas carriers worth up to $2.5 billion.

The postponement came after San Diego-based Sempra Energy said in early May it would delay an investment decision on its Port Arthur, Texas, LNG export project until 2021. The company cited adverse market conditions from the pandemic lockdowns.

Under a 20-year deal signed last year, Aramco would buy a 25% stake in the Sempra facility and move five million tons of LNG annually.

At about $175 million each, vessels outfitted to move LNG cost much more than other types of ships because of the special equipment they need to haul the fuel. But top shipowners have said the market could be the vehicle for the most profitable new trade in shipping since the 1960s, when crude-oil tankers began powering global maritime fortunes.

The LNG business has long been a small piece of the global tanker market. But trade in natural gas has been surging as the world looks for cleaner sources of power to replace oil and coal.

Demand has grown sharply in China, while production in the U.S. has soared as improved hydraulic fracturing technology has made drilling for both shale oil and gas more cost effective.

“Up until a year ago, it looked like if you are in shipping, you must have LNG ships,” said a Greek owner who operates a handful of gas carriers and spoke on condition of anonymity.

“But cargoes are now canceled, storage facilities are full and demand depends on whether the virus will go away. We planned to order two more ships over the summer, but now we’ll wait because the market is quite uncertain.”

The Energy Information Administration said in a May 28 report that natural gas deliveries to U.S. facilities producing LNG for export averaged 6.7 billion cubic feet a day in May, the lowest level since October last year.

“Lower LNG exports are expected to continue through the summer,” the EIA said, citing reports that buyers have canceled up to 20 shipments for June deliveries and 45 for July.

Most of the cargoes canceled came from Cheniere Energy Inc.’s Corpus Christi, Texas, and Sabine Pass, La., export facilities, according to two people involved in the matter. Pandemic impact on the gas market

The clouds over the market go beyond the impact of the pandemic. Warm winters over the past two years and renewed tensions between the U.S. and China have raised new questions about the direction of trade flows.

China will become the world’s biggest LNG importer over the next four years, according to the EIA, and the U.S. will be the biggest exporter. But both economies are expected to contract sharply this year, and China’s appetite for American natural gas may wane.

Jason Feer, head of business intelligence at energy broker Poten & Partners Inc., told an energy webinar this week that major producers such as Qatar, Nigeria and Malaysia have seen no demand for cargoes offered on the spot market.

Qatar, now the world’s largest LNG exporter, kicked off the race for big LNG vessel fleets. It is looking to order 40 carriers, but its plans haven’t been completed and the order may be delayed or reduced.

Mr. Feer said U.S. cargoes may be canceled until October. For shipowners, that means the natural gas market may start looking more like a roller coaster, and just as uncertain as other shipping sectors.

“LNG ships looked such as a good bet because production costs in the U.S. are half than in Europe and a third less than in the Middle East,” the Greek owner said. “I got a June shipment canceled from Texas and the spot market is very quiet. Things will eventually get better, but expectations that LNG transport will be the next gold mine have evaporated.” 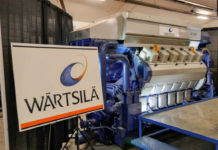 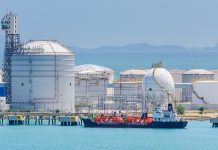 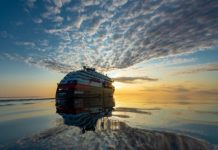 Mfame Team - October 24, 2016
0
The Bermuda Triangle mystery may have been solved after scientists spotted HEXAGONAL clouds over the region. Disclaimer: This video is intended for informational purpose only....
Powered by Pojo Software Pvt.Ltd
This website uses cookies to improve your experience. We'll assume you're ok with this, but you can opt-out if you wish.Accept Read More
Privacy & Cookies Policy
Necessary Always Enabled