A new study finds Homo sapiens men essentially emasculated their brawny brethren when they mated with Neanderthal women more than 100,000 years ago. Those unions caused the modern Y chromosomes to sweep through future generations of Neanderthal boys, eventually replacing the Neanderthal Y.

The new finding may solve the decades-old mystery of why researchers have been unable to find a Neanderthal Y chromosome. Part of the problem was the dearth of DNA from men: Of the dozen Neanderthals whose DNA has been sequenced so far, most are from women, as the DNA in male Neanderthal fossils happened to be poorly preserved or contaminated with bacteria.

“We began to wonder if there were any male Neanderthals,” jokes Janet Kelso, a computational biologist at the Max Planck Institute for Evolutionary Anthropology and senior author of the new study.

But in a technical breakthrough, Max Planck graduate student Martin Petr designed a set of probes that used the DNA sequence from small chunks of modern men’s Y chromosomes to “fish out” and bind with DNA from archaic men’s Y chromosomes.

The new method works because the Neanderthal and modern human chromosomes are mostly similar; the DNA probes also reel in the few base pairs that differ.

The researchers probed the fragmentary Y chromosomes of three Neanderthal men from Belgium, Spain, and Russia who lived about 38,000 to 53,000 years ago, and two male Denisovans, close cousins of Neanderthals who lived in Siberia’s Denisova Cave about 46,000 to 130,000 ago.

When the researchers sequenced the DNA, they got a surprise: The Neanderthal Y “looked more like modern humans’ than Denisovans’,” Kelso says.

This was a “puzzle,” Petr says, as earlier studies showed the rest of the Neanderthal nuclear genome is a closer match for Denisovans. That suggests the two groups diverged from modern humans about 600,000 years ago.

But the appearance of the unusual Y chromosome parallels another genetic takeover: Neanderthal remains dating from 38,000 to 100,000 years ago contain the maternally inherited mitochondrial DNA (mtDNA) of a modern human woman, instead of the ancient Neanderthal mtDNA found in earlier fossils.

In that case, an early H. sapiens woman likely interbred with a Neanderthal man more than 220,000 years ago and their descendants carried the modern mtDNA.

The best scenario to explain the Y pattern is that early modern human men mated with Neanderthal women more than 100,000 but less than 370,000 years ago, according to the team’s computational models.

Their sons would have carried the modern human Y chromosome, which is paternally inherited.

“The modern Y then rapidly spread through their offspring to the small populations of Neanderthals in Europe and Asia, replacing the Neanderthal Y,” the researchers report in Science.

Interestingly, the modern human mates were not ancestors to today’s H. sapiens—but were likely part of a population that migrated early out of Africa and then went extinct. Traces of Neanderthal DNA in living humans were inherited from a separate mixing event between 50,000 and 70,000 years ago.

Researchers aren’t sure exactly why the replacement happened. Natural selection may have favored the H. sapiens Y chromosome because Neanderthals had more deleterious mutations across their genomes, Kelso says.

Neanderthals had smaller populations than moderns, and small populations tend to accumulate deleterious mutations, especially on the X and Y sex chromosomes.

Modern humans, with their bigger, more genetically diverse ancestral populations, may have had a genetic advantage.

Another possibility is that once Neanderthals had inherited a modern human mtDNA, their cells might have favored interaction with the modern human Y, says computational biologist Adam Siepel of Cold Spring Harbor Laboratory, who was not part of the study.

The best way to test this scenario is to get DNA from early Neanderthals to see whether their Y chromosome looked more like the one in Denisovans.

In the meantime, the study shows the admixture between modern humans and Neanderthals was “a defining feature of hominin history,” says population geneticist Josh Akey of Princeton University, not part of the study. 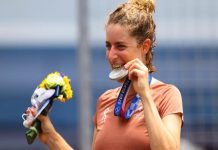 Olympians Bite Their Medals and Why? 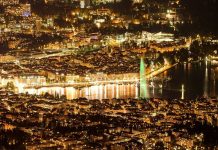 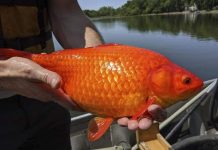