In this scenario, a diverse mixture of industry players from a container shipping line to vessel classification operations have formed a coalition, known as SEA/LNG, to accelerate the widespread adoption of LNG as a marine fuel.

LNG offers significant environmental advantages for shipping compared to heavy fuel oil (HFO), which remains the predominant fuel used today.  By comparison with HFO, NOx emissions are cut by approximately 85%, SOx emissions are almost completely eliminated since natural gas contains no sulphur, and particle production is practically non-existent, thanks to the efficient combustion of natural gas, a fuel with almost no residuals.

This is a strong coalition.  It combines the expertise of major fleet owners, classification societies, port facilities, and energy experts.  Wärtsilä contributes its vast experience and know-how in gas-driven propulsion systems and the entire gas value chain.  As a team, we plan to overcome the challenges and expedite the general acceptance of LNG.  Having been a pioneer in the use of LNG as a marine fuel, and a developer of major technologies facilitating the adoption of LNG fuel, it is natural that Wärtsilä supports wholeheartedly the aims of the SEA/LNG coalition.

Overall ocean freight is claimed as the cleanest method of cargo transport.  However, there are still measures which could reduce the carbon footprint of the industry substantially, particularly with regard to the fuel used.  LNG produces less greenhouse gases than fuel oil, as well as drastically reducing particulates and cutting SOx, and NOx considerably.

Leo Karistios, Lloyd Register’s Gas Technology Manager, commented that LNG fuelled shipping has mainly been for the visionaries.  It concentrated in specialist ship sectors, short sea shipping, and ferries, mainly sailing between two fixed ports.  We want to help drive the expansion of LNG as a marine fuel of choice, with not just more short sea and local ships burning gas, but also the deep sea trades. 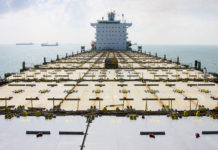 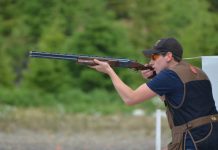 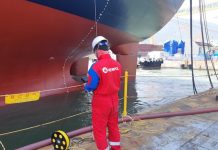