The Russia-Ukraine war took a westward turn on April 26 when Russian President Vladimir Putin announced that he would suspend deliveries of natural gas from Western Siberia to Poland and Bulgaria. The European energy war had begun.

A month earlier, the European Commission had proposed an outline of a new energy plan called REPowerEU “to make Europe independent from Russian fossil fuels well before 2030, starting with gas, in light of Russia’s invasion of Ukraine,” stated the March 8 press release.

Just over two months later, the European Commission “presented its €300 billion plan on how the EU can wean itself from Russian fossil fuels ’well before 2030,’” wrote Zosia Wanat and America Hernandez for POLITICO Europe on May 18.

The plan, called REPowerEU, is a package of documents, including legal acts, recommendations, guidelines and strategies, that fleshes out a communication published in March. It’s based on four pillars: saving energy, substituting Russian gas with other fossil fuels, boosting green energy and financing new infrastructure like pipelines and liquefied natural gas terminals.

Not all LNG terminals are alike

The terminal in Klaipėda, Lithuania’s third largest city, is what is known as a floating storage and regasification unit (FSRU) terminal enabling operation to begin much sooner than a conventional terminal. In fact, it’s an actual vessel, the FSRU Independence.

“The GIPL gas pipeline is a milestone in the history of the development of energy independence between Lithuania and Poland,” said Nemunas Biknius, the CEO of Lithuania’s main gas grid operator, Amber Grid, as reported by EURACTIV on May 6.

“Having the possibility to import and export gas through the interconnector, Lithuania and Poland have increased not only their own energy security but also that of the Baltic States and Finland,” Biknius commented.

The connection to Finland can not come soon enough. On May 21, St. Petersburg-based Gazprom, “the largest publicly listed natural gas company in the world” per Wikipedia, halted gas exports to Finland “in the latest escalation of an energy payments dispute with Western nations,” reported Reuters.

Gazprom Export has demanded that European countries pay for Russian gas supplies in roubles because of sanctions imposed over Moscow’s invasion of Ukraine, but Finland refuses to do so.

The majority of gas used in Finland comes from Russia but gas only accounts for about 5% of its annual energy consumption.

Bulgaria, which had its Russian gas cut off on April 27 along with Poland, will soon be receiving gas from Azerbaijan (located at the boundary of Eastern Europe and Western Asia, per Wikipedia) by way of the Gas Interconnector Greece-Bulgaria (IGB) Pipeline that will open next month.

“The Gas Interconnector between Greece and Bulgaria is in line with the joint EU strategy for market-based security of supply,” reported EURACTIV on May 16.

It is linked to the Southern Gas Corridor, a European Commission-supported initiative that aims to reduce Europe’s dependency on Russian gas and add diverse energy supply sources.

The pipeline aims to tap gas from Azerbaijan and will also carry gas from Greece’s liquefied natural gas (LNG) terminal. Bulgaria is expected to import one bcm [billion cubic meters] of gas from Azerbaijan per year, which is almost one-third of its annual consumption.

“It’s a new world,” he said. “And in this new world, it’s clear that Russia doesn’t want to be part of an international order as we think of it.”

“The strategy — particularly by Germany — over the last 50 years was always one of engaging with Russia on energy. … But given what we are seeing in Ukraine and given Russia’s view of international relations, it’s not the kind of country with which we would like to do business.”

“REPowerEU will help us to save more energy, to accelerate phasing out of fossil fuel and most importantly to kick start investment on a new scale. This will be the speed charging of our European Green Deal.” 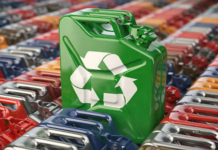 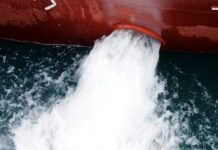