The report, called ‘The multi-issue mitigation potential of reducing ship speeds’, indicated that carbon emissions could be reduced by circa 13% and 24%, if ships reduced their speed by 10% and 20% respectively. The reason for this is when ships travel slowly they burn less fuel, it said.

How do slower speeds help in climate change?

Stressing on the importance of cutting black carbon, it said that slower speeds would help tackle climate change – especially in the Arctic region. When ships burn fuel in the northern region, the particles emitted fall on snow and restrict its ability to reflect back sunlight, which heats the ice quicker, the report claimed.

In addition, a 20% reduction in ship speeds could cut underwater noise by 66% and reduce the chances of whale collisions by 78%.

The campaigners urged leaders in the maritime industry to curtail speed as it would be a “contributory factor” to achieve the goal set by the International Maritime Organization (IMO) in April 2018. The regulation requires ships to achieve a 50% GHG reduction by 2050 compared to 2008, and eventually full decarbonisation.

Describing how shipping generates a significant portion of greenhouse gas (GHG) emissions, the report said that ships cause 3% of the global total – roughly the same quantity as emitted by Germany.

A MarineLink report quoted the Seas at Risk Delegate, John Maggs saying that “Speed reduction is the closest thing to a silver bullet the IMO will ever see”.  “Delegates attending this week’s IMO climate negotiations have on the table proposals to reduce ship speed that would not just make a big dent in shipping’s climate impact but would massively reduce air pollution, underwater noise pollution, and the incidence of fatal collisions between whales and ships, all issues that the IMO must also deal with.”

“Killing four birds with one stone is pretty good, but when you add in that it saves shipowners money on their fuel bill, it really is a no-brainer”, said Faig Abbasov from Transport & Environment.

A Win for Climate Point of View

“It is also of course by far the simplest of the regulatory options. Thanks to satellites and transponders on commercial vessels it really is quite easy to track their movements and the speed they are travelling.”

This is hardly the first time campaigners outlined the benefits of reduced ship speeds.

In an open letter sent in April, more than 100 chief executives in the maritime sector collaborated with nine campaign groups and asked IMO member states to impose a speed limit on commercial vessels.

The letter stressed “‘the urgent need’” for shipping to cut its contribution to climate change and how reduced speed can help solve the issue.

The letter said: “As the initial step we express our strong support for the IMO implementing mandatory regulation of global ship speeds differentiated across ship type and size categories.”

UN negotiators and IMO representatives are expected to meet in London this week to consider proposals to curb maritime speeds and to discuss short-term measures that will start delivering its climate commitment deal by 2023. 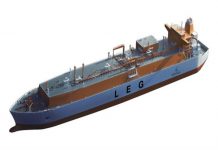 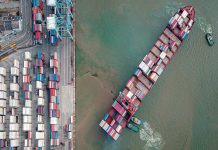 Mfame Team - August 1, 2016
0
Bulker Aground in Lake Superior A salvage team's effort to refloat a massive cargo ship proved to be futile after the 185m long vessel...
Powered by Pojo Software Pvt.Ltd
This website uses cookies to improve your experience. We'll assume you're ok with this, but you can opt-out if you wish.Accept Read More
Privacy & Cookies Policy
Necessary Always Enabled