The thing about hulls that worries shipowners is its hull coating and whether it will either out through numerous years of sailing in ice. Today, we are going to delve into this area and find out the necessary yardsticks of a good hull coating.

The number one consideration in a hull coating for ice-going vessels and icebreakers is the ability of the coating to protect the hull in the harshest marine environment there is.

Experience has shown that Ecospeed stays on the hull longer and resists the ice far better than the most generally used specialized ice coatings. Ecospeed remains bonded to the ship’s plates even as they flex and bend under ice pressure and impact.

Ecospeed has been recognized by Lloyd’s Register as an abrasion resistant ice coating for ships. Its correct use on the ice belt specifically permits a reduction of the ice belt’s steel plating by up to 1mm.

An ice-going hull coating must have low friction characteristics in order to be fuel efficient. But it is not enough for the hull to be smooth and have low friction at launch. It must stay that way for the life of the vessel. Ecospeed will hold up and will not be damaged in the ice and so will remain smooth for the life of the vessel, thus saving fuel. Even if minor repairs are needed in drydock the original quality of the coating remains intact.

Applying Ecospeed is a simple process which can be carried out using the usual spray equipment without tenting and heating. Only two coats of 500μm each are required. Minimum overcoat time is a few hours and there is no maximum, making it easy to fit into your drydock or new build schedule.

Some cases in point

British Antarctic Survey’s decision to apply the Ecospeed hard coating to the hull of its new polar research ship RRS Sir David Attenborough has been validated after the most recent drydocking of sister vessel RRS Ernest Shackleton.

BAS Superintendent Andrew Webb, said: “Shackleton’s hull condition is the best I have seen after typical ice year operations.” In eight seasons operating RRS Ernest Shackleton with Ecospeed coating, BAS had to touch-up Ecospeed only in areas of mechanical damage and carry out minor repairs around the bow, the most susceptible area to ice impact. This year they needed to repair even less surface area than expected, despite the vessel encountering heavy Antarctic ice.

Based on their experience with the Ernest Shackleton and sister vessel RRS James Clark Ross (coated in 2015), BAS selected Ecospeed for the newbuild RRS Sir David Attenborough. The 15,000gt ship is scheduled for operational duties in 2019 and was officially launched in July. It will be one of the most advanced polar research vessels in the world.

Ecospeed has been applied to nine vessels owned by Groupe Océan. Océan Taiga, North America’s most powerful ice-going tug was the most recent.

Groupe Océan’s first experience with this coating on the Ocean Raymond Lemay was deemed a huge success. When the vessel’s hull was water-jet cleaned after more than 60 months in service, the hull coating showed no sign of paint degradation.

With many vessels operating in icy areas, such as the Great Lakes, Alaska and the North West passage, Ecospeed is becoming the hull coating of choice meeting stringent environmental rules and regulations.

How to keep the coating intact?

When the 194-meter roro vessel Oceanex Sanderling drydocked in Gibraltar, the coating on her underwater hull was still in excellent condition. The ship has been sailing between Halifax and St. John’s in Canada with Ecospeed on her hull since 2011, often in ice conditions. Despite this, only a few touch-ups were needed.

Ecospeed is guaranteed for 10 years and has a life expectancy of 25 years. This is a very important benefit for the owner of this vessel who needed to have his vessels repainted every year with the previous coating. Bad weather and expensive drydock costs in Canada made the Mediterranean area the most feasible option for this yearly task. This cumbersome undertaking will no longer be necessary with a one-time Ecospeed application.

It is therefore no surprise that in 2011 the owner of m/v Oceanex Sanderling quickly saw the advantages of Ecospeed and decided to take the plunge and switch from the traditional coating he had been using. Five years later his choice has proven to be the right one and he will continue to enjoy the benefits of Ecospeed for many years to come.

Hamburg-based shipowner Interscan Schiffahrt controls a fleet of 23 vessels. Many of them operate in the Baltic Sea and seas in the far north. As a result they had to schedule frequent repairs to the underwater coating of their ice-going vessels. Time out of service every one or two years cost the owner dearly, until they discovered Ecospeed.

In 2005, Interscan’s superintendent engineer Alexander Fedorcov heard about Ecospeed and suggested the hard coating to the company’s Head of Chartering, Michael Tensing. He decided to apply it to the 3000dwt general cargo ship Patriot during the vessel’s next scheduled drydocking.

“Patriot was coated ten years ago and has traded in ice every year since then; but the coating has lasted perfectly well. Before Ecospeed we used normal epoxy coatings which would last for, perhaps, one to two winters. Now we need to pay no attention to the coating and there is no need for extra drydockings,” said Tensing in a 2015 interview.

He added: “After 10 years of trading on the same routes, the Patriot’s Ecospeed coating is still going strong. We are very impressed with it and now have the coating on seven vessels; six coasters and one MPP. It’s performed very well for us.” 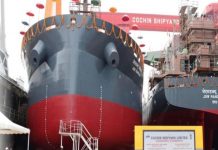 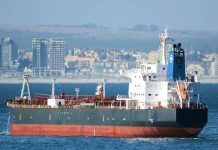 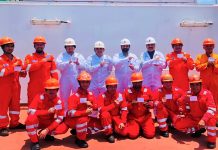