Following years of catastrophic mishaps, some of which involved cruise ship passengers and terrible weather, the National Transportation Safety Board is requesting new federal laws to protect Ketchikan, flightseeing tourists, as reported by ADN.

Despite a long-standing voluntary safety programme signed by flying firms, seven flightseeing crashes in and around Ketchikan since 2007 have killed 31 passengers and critically injured 13 more, according to a 20-page report the NTSB released Tuesday.

The organisation is now requesting that the Federal Aviation Administration replace the voluntary programme with unique regulations for Ketchikan that mandate pilot weather training, including how to assess conditions while flying.

The board is also requesting that the National Weather Service collaborate with the FAA to create a regulation for flightseeing operators that imposes weather minimums, or restrictions on visibility and ceiling height, that are even more stringent than what is required by federal law.

“The Alaska NTSB is no stranger to Ketchikan.” Clint Johnson, the agency’s Alaska region chief, stated that we have been involved in very similar events down there for many years. “We have already offered advice. Some of those suggestions have been implemented, while others have not. Due to this, the standard for the tourism sector and local weather minimums for tour operators is now even higher.”

Between April and September, Ketchikan’s popular air tour season, about a dozen operators offer tourists flight trips. When contacted on Tuesday, a number of Ketchikan flightseeing companies indicated they were still evaluating the recommendations and would not comment.

The report makes no mention of the part cruise ships play in the flightseeing industry in Ketchikan. But on any given summer day, the ships might discharge tens of thousands of people, some of whom choose to take a little detour into the heavily forested, fjord-dotted Misty Fjords National Monument just outside of town before their ship departs.

Most recently, a Southeast Aviation de Havilland DC-2 Beaver that was carrying five guests from the cruise liner Nieuw Amsterdam crashed in steep, forested terrain after taking off from Misty Fjords in August 2021.

The Seattle-based cruise line is accused by the families of four Southeast Aviation passengers of pressuring excursion operators to take unnecessary risks in order to meet cruise schedules and failing to warn passengers of dangers. The lawsuit was filed in August against Holland America Line, the air service provider, and the pilot’s estate.

Federal investigators concluded that the pilot’s choice to continue flying into worsening weather was the crash involving Southeast Aviation last year’s probable cause. Photos taken by passengers from their phones afterwards revealed clouds covering the hilly terrain close to the disaster site.

Given the rapidly varying and localised conditions brought on by Ketchikan’s “persistent onshore wind from the southwest that carries abundant moisture from the Pacific Ocean” as well as weather systems that can funnel wind and precipitation into valleys, the new NTSB report highlights the significance of weather training for pilots.

According to NTSB authorities, the suggestions are the result of an assessment of fatal air tour crashes in Ketchikan from 2007 through 2021. The board reevaluated the efficiency of 13 recommendations for the FAA’s air-tour safety that were made between 2008 and 2017.

According to the report, the FAA’s reaction to several of the suggestions included voluntary activities that were either out of date or inadequate at reducing the risks associated with quickly changing weather in hilly terrain.

Adhering to the agreement

It explicitly makes reference to a long-standing voluntary agreement among Ketchikan air tour businesses for the crowded Misty Fjords region, which, among other things, requires specified flight paths and radio frequencies — but not weather minimums.

Despite having signed the contract, Southeast Aviation’s aircraft last year was not travelling one of the expected paths. Investigators concluded that one of the causes of the crash was the FAA’s reliance on voluntarily adhering to the agreement.

According to the study, FAA officials have stressed their use of training programmes from the Medallion Foundation to assist pilots in navigating shifting weather circumstances as well as new pilot training before each season. However, Medallion closed in 2019, and NTSB officials claim that because training is not mandated, the FAA cannot effectively manage it.

Increasing aviation safety in Alaska is one of the FAA’s top goals, according to a statement sent to media via email. Last year, the agency “undertook a thorough study of safety problems related to the challenges of flying in the state.”

No particular mention of the NTSB report was included in the statement, but it did say that the FAA takes such suggestions seriously and that authorities will reply “to the agency within an appropriate timeframe.” 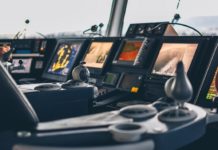 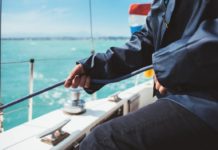