According to Data obtained from global insurer Allianz,  the number of ships over 100 gross tons* lost at sea during 2018 fell to a record low of 46 vessels, says an article published in the Freight Waves’

Last year’s drop in ship losses was driven by several factors including a “quieter year” for extreme weather, such as hurricanes, and a decrease in losses at “hotspots” such as at “difficult to navigate ports” like Chittagong in Bangladesh.

Ocean shipping is generally becoming safer over time because of improvements in ship design, technology, safety management systems and ship operational practices. For instance, in 2000 there were 207 total losses of vessels.

Cargo-carrying vessels of an unspecified nature accounted for one-third of all losses last year, with 15 casualties. That’s 33 percent of the total. From the taxonomy employed, Allianz appears to be drawing a distinction between general cargo ships on one side and vessels such as boxships, tankers and bulkers on the other. Cargo vessels were the category of ships that experienced the most casualties.

However, Allianz also reports small losses of other cargo carrying ships – three tankers were lost and one box ship was a casualty, as were a chem-tanker and a ro-ro vessel. Other, non-cargo-carrying commercial vessels were also lost including four tugs, two barges, a couple of dredgers and a supply vessel. There were also losses in the fisheries and passenger sectors.

Sinking was the major cause of loss

Foundering (sinking/submerging) was the number one cause of loss last year, claiming 30 of the 46 lost vessels. That’s 65 percent of the total.

“Analysis of more than 230,000 marine insurance industry claims with a value of €8.8 billion (US$9.9 billion) between July 2013 and July 2018 by [Allianz] shows that ship sinking/collision incidents are the most expensive cause of loss for insurers, accounting for 16 percent of the value of all claims – equivalent to €1.39 billion/$1.56 billion,” Allianz says.

Groundings, wreckings and strandings came in a far-distant second-place with nine losses. That’s 19.6 percent of the total. In the third spot were fires and explosions, with four vessels lost. Other causes of casualties were machinery damage, ship-to-ship collision and hull damage.

The most dangerous region for ships are the waters off easternmost Asia, which claimed 12 vessels. That accounts for 26 percent of the total.

“However, this represents a significant decline year-on-year (29 in 2017) and is the first time the region has seen losses decline in four years, reflecting the fact that Asia-based international shipping operations are typically well-run,” Allianz said, adding that newer infrastructure, better port operations and up-to-date charts will help shipping improve further.

That said, Asia will likely remain a hotspot for losses simply because of its high levels of shipping activity on busy shipping routes.

Although Asia recorded the most total losses, the region that recorded the greatest number of incidents between 2009 to 2018 was Europe. The eastern Mediterranean takes the top spot with 4,757 incidents. The second spot was taken by the sea areas around the British Isles and the Bay of Biscay (off the western coast of France) with 4,099 incidents over 10 years.

What keeps insurers awake at night: big ships and fires

Allianz also highlighted some areas that are causing sleepless nights. The first is the size of ships. Simply put, bigger ships mean bigger losses. Allianz worries about a worst-case scenario involving the collision and grounding of two large vessels in an environmentally sensitive location. That could cost up to US$4 billion, the insurer frets.

That worst-case scenario sounds remarkably like the grounding of the box-ship Rena (pictured, right), which ran aground on Astrolabe Reef, New Zealand, on October 5, 2011. Which, incidentally, was a Wednesday. Jump to the bottom of the article to discover the disturbing significance of that.

Rena spilled bunkers from its fuel tanks, and lost many containers overboard, resulting in a massive clean-up. Because the ship was wedged on the reef, the sea pounded the ship, eventually ripping it in half and causing the stern to sink.

It was New Zealand’s worst maritime environmental incident. Salvage and clean-up took about three and one-half years in total.

Allianz is also worried about box-ship fires, which it says are causing incidents every 60 days on average. There were 174 reported fire-related incidents in 2018. It’s a problem that’s evidently not going away. FreightWaves reported on a boxship explosion and fire in Thailand about a week ago which put 133 people in hospital.

It is believed the root cause of box-ship fires is mis-declared cargo.

Industry sources have repeatedly told this FreightWaves reporter that cargo shippers around the world will attempt to save a few dollars on a shipment by declaring potentially dangerous objects like “fireworks” as “toys.”

Calcium hypochlorite can begin a runaway self-heating and auto-ignition process if it is contaminated with organic material or if it gets to a certain temperature. The oxygen released from the burning of calcium hypochlorite will also intensify any fire. It should be carried in a box that has sufficient airflow and, ideally, in a reefer container.

“On board firefighting capability continues to challenge larger vessels,” the insurer adds.

Allianz revealed some of the more unusual aspects of marine insurance in 2018. One Greek ferry was involved in eight incidents in five months last year. Meanwhile, as it happens, Wednesday is the worst day to be at sea as, over the last decade, most shipping losses happened on that day. Saturday is much safer. But watch out in the month of January, which is the month that sees the most shipping losses.

So, readers may want to think twice about boarding ferries on Wednesdays in January.

And, finally, one of the more unusual finds last year took place aboard a container ship in the waters off Mexico. Allianz reports that a total of 893 kilos (1,969 U.S. pounds) of cocaine were discovered concealed in a cargo of frozen sharks. 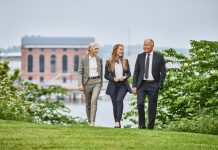 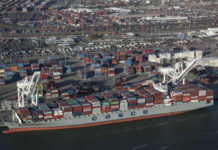 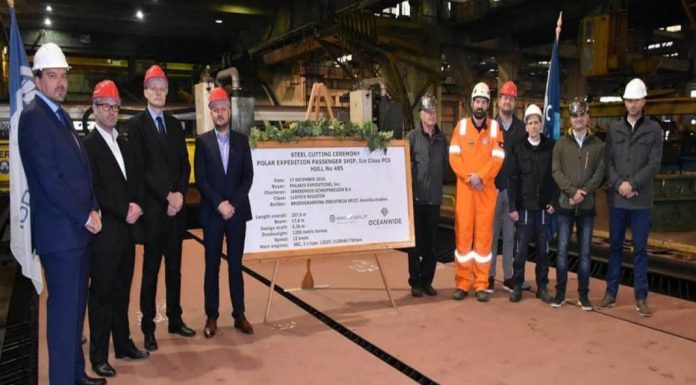 COVID19 Immunity – Who Are Immune & Who Aren’t?

Cruise Secrets: Surprising Reason Never to do THIS in Your Cabin

mfame editor - January 28, 2019
0
In the fiercely competitive world of shipping, every drop of fuel matters. Wärtsilä continuously develops energy efficiency solutions that help you improve your vessel...
Powered by Pojo Software Pvt.Ltd
This website uses cookies to improve your experience. We'll assume you're ok with this, but you can opt-out if you wish.Accept Read More
Privacy & Cookies Policy
Necessary Always Enabled