The 147,000 tonne oil tanker Sea Empress ran aground on February 15th 1996 at 8.07 pm, despite being under the control of one of Milford Haven’s harbour pilots.

The 147,000 tonne oil tanker Sea Empress ran aground on February 15th 1996 at 8.07 pm, despite being under the control of one of Milford Haven’s harbour pilots.  Heavy seas had prevented the tanker from being docked earlier, but insufficient safety measures, including the lack of provision for a heavy tug in the area are also being blamed.  The fact that it took over 24 hours for a heavy tug, to reach the Sea Empress may well have contributed to the extent of the disaster, as by that time the weather had worsened.  Off-loading of the oil still aboard did not start until 24th February.

She was freed from the rocks on which she had been grounded amidships at around 7.10pm on February 21st 1996.  A total of twelve tugs were required to pull her free.  She was then towed slowly to Milford Haven docks to discharge her remaining cargo (approximately 70,000 tonnes of crude oil) whilst moored to an oil refinery jetty. The Sea Empress lost around 70,000 tonnes of her cargo of North Sea crude oil.  It is comparatively light oil, which gives out its most harmful toxins (poisons) into the water and air within a short time.  The rest of the toxins are broken down by microorganisms in the sea water, but before this crabs, shellfish and fish concentrate toxins within themselves, and some of these concentrated poisons will be far more harmful than the original ones.  The toxins are then passed up the food chain.  In West Angle Bay, near Milford Haven, one of only seven colonies nationwide of Green Rockpool starfish has been wiped out, and the whole ecosystem is threatened with damage and disruption.

Within a twelve mile radius of the slick are thirteen Sites of Special Scientific Interest (SSSI’s), which are protected because of their outstanding scientific value.  Among these is Skomer Island, a marine reserve owned by the Nature Conservancy Council and home to internationally important colonies of manx shearwater, puffin, lesser black-backed gull, herring gull, great black-backed gull, guillemot, razorbill, storm petrel and shag (over 32,000 birds in total).  There is also a large grey seal population.

There are thought to be 85,000 grey seals around Britain’s coast – approximately half the world’s population.  Around 5,000 live on the Pembrokeshire coast, and the majority of their breeding sites were affected by the oil spill.  Monitoring in the summer of 1997 assessed the impact of the oil spill on the seals, which had been affected by eating contaminated fish, or by residual oil on their breeding beaches.

Oil lapped Skomer’s shoreline, just 30 metres from the cliffs at Skomer Wick, a nesting site for 14,000 birds.  Seabirds need to keep their feathers clean in order to be able to remain buoyant and insulated . Birds can preen oil from their feathers, and in doing so, can ingest poison which kills them within days.  It is estimated that between 20,000 and 40,000 seabirds, mainly scoter and guillemots, but also cormorants, red-throated divers, mute swans and razorbills died as a result of the disaster.  A strong northerly wind blew the worst of the oil towards Carmarthen Bay and the Bristol Channel, 60km to the south, thus avoiding a greater catastrophe on the bird islands, which are only 10km north of the crash site.

Carmarthen Bay is an important wintering site for up to 10,000 common scoter.

Around 600,000 seabirds returned to the Pembrokeshire coast in 1997 from wintering overseas.  They may have escaped the direct effects of the oil spill, but damage to the marine ecosystem meant that they were in danger of starvation or breeding failure.

The Sea Empress lost far more of her cargo than the 37,000 tonnes spilled by the Exxon Valdez into Prince William Sound in 1989, killing half a million seabirds and countless fish. Tourism was badly affected, as the Pembrokeshire Coast National Park is usually visited by 500,000 people a year.  Many were put off by the thought of oily beaches and polluted seas.

The U.K. Government has responded to recommendations by the Sea Empress Environmental Evaluation Committee (SEEEC), agreeing to continued monitoring and research, as well as reviews of aspects of operational response and cleanup and to the need for national and local contingency plans for impact assessment. The effects of the Sea Empress spill on fisheries were less severe than could have been expected on the basis of the quantity of oil spilt.  Biological effects studies likewise demonstrated a variety of impacts on local fish and mussels, but all were short-lived.  There is little doubt that the aerial application of dispersants helped to reduce the impact of the Sea Empress spill on fisheries considerably by significantly reducing the amount of oil which reached the shoreline.  Contamination by hydrocarbons and PAH persisted longest in mussels from the intertidal area to the east of Milford Haven (Freshwater West to Pendine Sands), and derived from bulk oil contamination of the shoreline.  This is in line with observations at previous spills where contamination has persisted for years due to oil becoming trapped within sediments in low-energy coastal environments, resulting in recontamination when the oil is mobilised by storms or tides.  The large-scale use of dispersants requires identification of the resources to be protected as part of a contingency plan and detailed (and rapid) consultation between government and nature conservation agencies before use, but can yield real environmental benefits 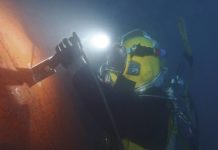 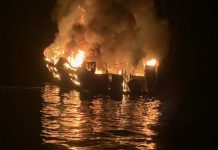 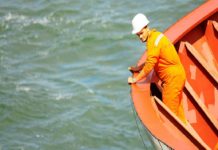