An oil tanker came under attack while at a Saudi Arabian terminal in the Red Sea about 125 miles north of the country’s border with Yemen, according to the vessel’s owner, reports Bloomberg.

The Agrari, a so-called Aframax-class vessel able to haul about 700,000 barrels of oil, was holed about 1 meter above the waterline in the incident, a statement distributed on behalf of the carrier’s owner said.

The incident took place as the ship was preparing to leave a berth at the Shuqaiq facility, having finished unloading its cargo, it said.

It wasn’t clear who launched the attack and no one claimed responsibility. A few hours after the incident, state TV reported that Saudi-led coalition forces were destroying an explosives-laden boat and a commercial vessel was damaged in the process.

The incident wasn’t at an oil-export facility and will almost certainly have zero effect on Saudi Arabia’s capacity to produce or export crude.

Houthi officials didn’t acknowledge involvement or offer an account of what might have happened to the Agrari. “There’s definitely an uptick of attacks from the Yemen side of the border onto Saudi Arabia to try and attempt to send a signal that it’s not just in the Strait of Hormuz and in the Persian Gulf that Iran has the ability to undermine Saudi oil interests and naval activities,”

Trade unlikely to be impacted

War-risk premiums to insure ships going into the Red Sea are expected to rise in the near-term as a result of recent attacks, but trade flows are unlikely to be impacted, said Rahul Kapoor, global head of maritime analytics and research at IHS Markit.

The incident won’t prompt ship-owners to avoid the Middle East because the region provides critical demand for tanker shipping while freight rates remain depressed, he said.

The Agrari, meanwhile, has been boarded by local authorities, including the Coast Guard and an investigation is underway.

“At this stage, we don’t know if this is a case of a sea mine striking the vessel or whether this is a direct attack,”

The latest event is “well within” expected risk levels for the region where it happened, he said. 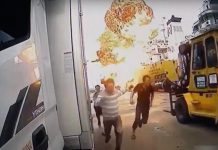 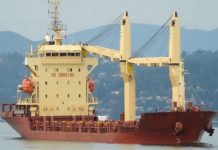 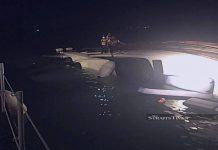