Amazon and Target are playing a big role in the port pollution crisis along the US West Coast, according to a report, says an article published on the verge website.

Online shopping has made the situation worse

These retail giants are among the top importers in the US and rely heavily on shipping routes between China and California.

Communities near the ports of Long Beach and Los Angeles have some of the worst air quality in the nation thanks in large part to Americans’ shopping habits. Online shopping, which increased during the pandemic, has made the situation worse.

So has the supply chain crisis that’s caused traffic jams just offshore of the twin ports, which make up the busiest port complex in the Western Hemisphere.

Amazon and Target have an “outsized” impact on port congestion and pollution because they send most of their goods through these ports.

The two companies “are directly responsible for harming these communities,” says the report by nonprofit environmental groups Pacific Environment and Stand.earth.

“It is past time to hold these retailers accountable for their responsibilities at the ports,” Dawny’all Heydari, a campaign lead at Pacific Environment, said in a statement.

The report looked at ship emissions from four major retailers: Amazon, Target, Walmart, and Ikea. Together, the four retail giants’ imports were responsible for 20 million metric tons of carbon dioxide, equivalent to emissions from marine shipping alone between 2018 and 2020.

That’s about as much planet-heating pollution as five coal-fired power plants would produce in a year. The report gathered information about shipments from the US vessel manifest data and used emissions estimates from the Journal of Commerce.

Although the report focused on the climate impact of retailers’ shipping emissions, the heavy fuel oil that container ships burn also releases pollutants that form smog and degrade air quality.

Pollution from maritime shipping was linked to 60,000 premature deaths in 2015 internationally according to earlier research. Since about 90 percent of world trade moves by ship, nearly all the items we buy — whether they’re clothes, gadgets, home goods, or cars — are part of the problem.

The biggest share of emissions studied in the new report — 21 percent of pollution between 2018 and 2020 — was released along shipping routes between China and either Southern California or Washington state.

The ports of Los Angeles and Long Beach typically take in about 40 percent of shipping containers entering the country from abroad. The pandemic has made these ports — and others — even more congested.

Marine shipping pollution from imports into the US

Amazon and Target’s fingerprints are all over the crowded scenes at California ports, according to the report, because that’s where the companies sent the vast majority of their US imports.

Amazon has built out a network of distribution centers in Southern California, where workers sort goods after they come off ships before sending them off to their final destinations.

The Golden State is where Target sees the highest sales per capita, which the report posits could be another motivating factor for cramming goods through California ports.

Walmart, the biggest importer in the report, had the most emissions of the four companies studied. But its pollution was more spread out across ports along the East and West Coasts and Gulf of Mexico.

Ikea has started sending more stuff to the East Coast, the report found. Its maritime shipping emissions actually fell slightly because the company is moving goods by rail from China to Europe before sending them across the Atlantic to the US.

The new research follows a July report by the same groups that ranked the 15 retail companies responsible for the most marine shipping pollution from imports into the US.

In that earlier report, Walmart also topped the list for greenhouse gas emissions and other pollutants, including soot, sulfur oxide, and nitrous oxide. Target, Ikea, and Amazon were also among the top ten maritime polluters.

Amazon, Target, Ikea, and Walmart likely rely on just a small group of carriers to ferry their goods across the world, according to the new report. The 15 biggest cargo carriers in the world accounted for 97 percent of all emissions analyzed in the report.

That, the report authors argue, means that the retail companies could hold a lot of sway over carriers’ transitions to cleaner-burning fuels.

Following Pacific Environment and Stand.earth’s earlier report on the climate impact of marine shipping, there’s already some movement in that direction. Amazon pledged earlier this month to ship 10 percent of goods shipped internationally on carbon pollution-free ships by the end of the decade.

In October, Amazon and Ikea were among a group of companies that committed to only contract ships running on zero-carbon fuels by 2040.

The authors of the new report want the retail giants to move much faster. They’re calling on all four companies to eliminate their maritime emissions by 2030 by switching to zero-emission container ships, which do not yet exist at scale but are being developed through public and private sector initiatives.

The Verge reached out to all four retailers for comment, and only received responses from Amazon and Ikea that pointed to the companies’ previous environmental sustainability commitments. 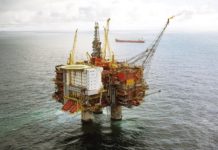 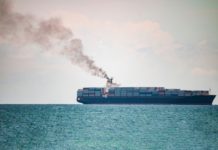 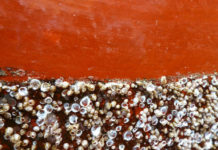