The Panama Canal Authority has increased its waterway capacity as the demand from shippers continue to rise. The move was taken after the authorities decided to add an additional daily reservation slot to the Panama Canal’s Neopanamax locks, reports the Panama Canal.

The one additional booking slot, which will be effective immediately, brings the total available booking slots to eight daily.

“The decision to offer additional capacity to shippers was made as a part of the Canal’s routine careful planning and analysis to meet the increased demand at the interoceanic route, inaugurated nearly two years ago,” the ACP said in a press release announcing the changes.

The announcement follows an increase in the maximum allowable beam for vessels transiting the Neopanamax locks, which were announced in April. Effective June 1, the maximum beam for commercial and non-commercial vessels will be 51.25 meters (168.14 feet), up from 49 meters, as measured at the outer surface of a vessel’s shell plate and all protruding structures below the lock walls.

“At the Panama Canal, we are constantly evaluating and optimizing our operations to ensure our service is as efficient and safe as possible for customers across segments,” said Panama Canal Administrator Jorge L. Quijano. “This increase allows us to offer our customers even more flexibility, and was made possible by strategic planning and the experience the Panama Canal team has our accrued in the last two years, especially considering that almost 150 personnel are involved in each transit.”

“The added slot allows shippers greater flexibility and options for booking their desired transit dates,” the ACP said in Monday’s announcement of the new. “The increase was made possible as a result of the efficiencies gained by the Panama Canal’s continued investment into its operations and resources, and due to the ongoing excellence and experience of its employees.”

The ACP is an autonomous agency of the Government of Panama in charge of managing, operating and maintaining the Panama Canal. Its fiscal year runs from October 1 to Septebember.

In April, the ACP said that in FY 2018, the Expanded Panama Canal’s LNG traffic, a new segment for the waterway, is expected to grow by 50 percent compared to FY 2017, increasing from 163 to approximately 244 transits. 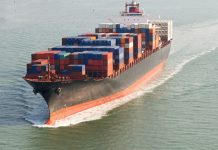 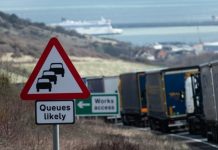 Delayed Supply Chain Operation in the UK, Realistic or Unrealistic!

Container Shipping Has A Profitable Year Amidst COVID Challenges